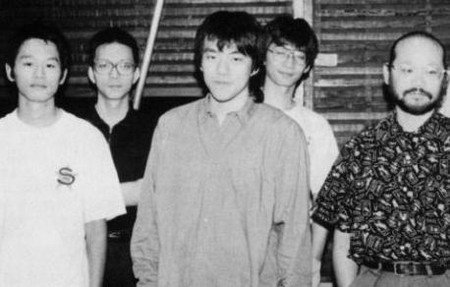 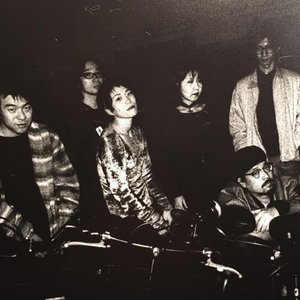 Ground Zero was a Japanese noise/improvisation band during the 1990s led by the guitarist and "turntablist" Otomo Yoshihide that had a large and rotating group of performers with two other regular performers.

History:
Ground Zero was formed to play the John Zorn game piece Cobra.They first played in August 1990 and last played in March 1998.The band's last project was in 1998 when they re-worked material from a 1992 Cassiber concert in Tokyo; it was released on the second CD of Cassiber's double CD, Live in Tokyo (1998).

(2) Ground Zero are from Novi Sad, Serbia - they play a somewhat unique blend of metalcore (modern melodic stuff ala Darkest Hour, and older school mosh like Acme and some holly terror bands) and dark hardcore (portland school - Tragedy, His Hero Is Gone etc.), with some hints of spanish emo/hardcore/metal (bands like Ekkaia, Ictus etc.) and some emo/screamo bands (like Children Of Fall, they play a cover of their "Least Resistance" too).
Myspace: http://www.myspace.com/groundzerohc
Youtube videos: http://www.youtube.com/spaske777

(3) Ground Zero as pioneers of this brand new wave of Italian modern heavy metal, GZ's goal is to bring extreme music to a new level, melting together both aggression and melody into a new and fresh style. "The Zero Hour" represents the first step towards the development of their own musical path and an excellent excuse to perform the largest amount of gigs possible in every graveyard or whorehouse near you.

(4) Ground Zero, was an japanese thrash metal (with death metal influences) band. Group was formed in 1983 and have debuted in 1986 with "Etherealize" EP, onliest band's album "Gate of Death" was released in 1987. Now Ground Zero is disbanded. In 2004 the HMSS released live album called "Live Vanguard" with live material recorded in 1986. Please change your tags to Ｇｒｏｕｎｄ Ｚｅｒｏ for this specific band.

(5) Ground zero (US) was a old school hardcore band out of Ann Arbor, Michigan. They were High school mates and started the band around 1982 and played up to 1984., played for fun shows as with SS Decontrol,Suicidal Tendencies, J.F.A., The Necros,Negative Approach, The G.I.'s and most recently Agent Orange and The Misfits. They did reunion show after not playing for 21 years.
check them at: http://www.myspace.com/groundzero1982

There was also another US Hardcore band called Ground Zero, from Ventura County, CA. Played melodic punk in the same vein of its "Nardcore" peers. This band is still relatively unknown due to little circulation of its demo tape. Which is the only recording this band ever made.

(6) Ground Zero was an American punk rock/hardcore band formed in Pittsburgh, Pennsylvania. They released a 7" titled "Living In Tandem in 1982.