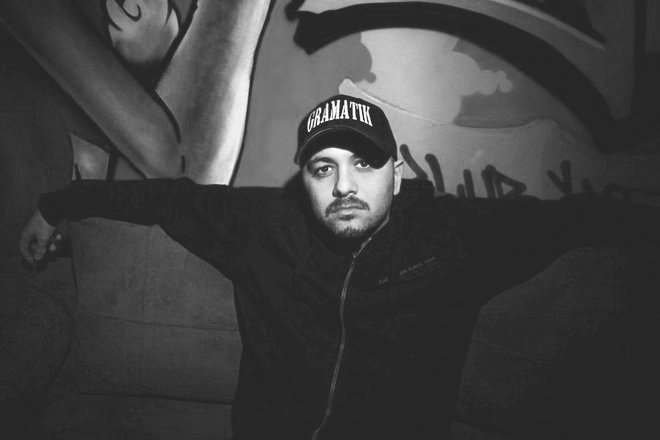 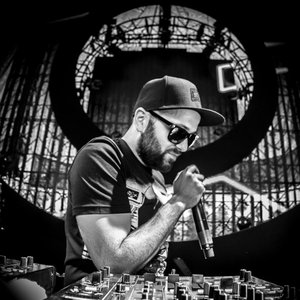 Good music is felt not heard. Gramatik apparently understood that at an age of 3 according to his mother as she used to catch him glued to the radio in his older sister's room whenever there was an old funk or rhythm & blues joint on, tapping his leg on the floor along with the beat. Damn, talking about a sign on what will your child do when he grows up!

Parents got him taking piano lessons in the elementary music school when he was in 2nd grade, but he dropped out 2 years later because he wasn't feeling that whole classical music thing as that was the only genre they were teaching. He later got some private piano lessons, learning the stuff he wanted to learn to play like Beatles and Rhythm & Blues in general. He and a few of his 4th grade classmates formed a band and became the youngest band in the history of his elementary school, playing school events on the regular. When he got to 7th grade he discovered Hip-Hop and felt totally overtaken and compelled by it's elements, especially by the power of the rhythmically accented poetry(RAP). He soon left the band, started writing and became an MC. His friends were amazed by his flow and delivery since there were no hip-hop artists in his home town Piran(Slovenia) at the time, except him and one of his classmates and they were dope on top of it! They formed a duo called Bow Down and threw the first hip-hop party in the history of their home town. In 1998, Gramatik met his first audio sequencing software on the computer of his classmate's older brother and felt like he got struck by lightening, totally overwhelmed by it! His parents were financially struggling at the time, so they couldn't afford a computer, so he was hanging out at his friend's house all the time, messing around with the sequencer when his older brother wasn't home. 2 years later his parents bought him a computer and the first thing he did was install that audio sequencer! He started producing his first beats and day by day felt more and more compelled by the craft & the magic of it. It wasn't long untill he discovered sampling which became his one true love in the music making process, chopping up all those old funk, soul, blues and jazz tracks he used to listen to all the time and making something completely new out of it was the best feeling ever. All of a sudden his life started to make perfect sense.

In 2006, he and 2 of his friends, fellow MC's, released their debut hip-hop album as a group called 5th Element, which was critically acclaimed throughout the country as one of the best hip-hop albums in Slovenia. After the album, Gramatik felt hip-hop just wasn't enough, that he was limiting himself with doing only one genre while he enjoyed listening to so many of them so he started producing House, Techno, Breakbeat, Electro, Drum'n'Bass, basically any genre that he liked which was anything that evolved from Blues, Jazz, Soul and Funk, as those ''father genres'' were all embedded deep in his style, whatever he would do. He realized that to him, music is much bigger than a genre name and their specific categorization, it's all about embracing what moves you and rejecting what doesn't. He released his first ever track on Beatport.com in june 2008, which was an Electro House track, a remix he did for DJ Vitamin D's track entitled Motherfuckers Know Whos The Best. The track ended up 24 on the Electro House Top 100 chart, a nice surprise and an excellent quality validation for this newcomer. Soon after that he ended up on 40 of the House Top 100 chart with his tribal banger Letz Get Ill while his Dreams About Her EP topped the Chil Out top 100 chart for 3 weeks. He kept releasing different stuff on various labels all owned by DJ Vitamin D which he became good friends with. Not long after his first release stroke the chart, Vitamin D suggests to him that he should scrap up those 20 hip-hop beatz he had sitting in a flash player on his myspace for over 2 years and release them as an album on the new Chill Out/Trip-Hop/Instrumental Hip-Hop label he's about to open inspired by those same beatz he was listening to. So Gramatik does that(thinking he won't sell more than 3 tracks off the album since they were just 2:30 minuets long hip-hop beatz, which are not commonly sold on beatport) and the album he entitled Street Bangerz Vol.1 get's released in december 2008 on the fresh new label Cold Busted. little did he know that the album was gonna catapult straight to the 1 spot on the Top 100 Chill Out chart and has been holding hostage the first 20 spots ever since. Street Bangerz Vol.1 has been a total success, completely unexpected, selling over 50.000 tracks world wide in less than 6 months on beatport alone. It made him realize that quite often, the things that you expect to work the least, usually work the most. Gramatik is now working on various projects while determined to keep up the SB series, dropping one a year, perfecting them volume after volume and hopefully tour the world in due time.