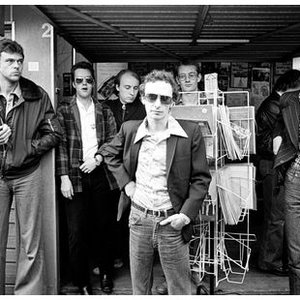 Graham Parker And The Rumour

Although this spelling is not incorrect, please note that the by far most common (and therefore preferred) spelling for this artist on Last.fm is Graham Parker & The Rumour. Please scrobble accordingly, if you can.

Graham Parker and the Rumour (Parker, with Brinsley Schwarz and Martin Belmont on guitars, Bob Andrews on keyboards, Andrew Bodnar on bass and Steve Goulding on drums) formed in the summer of 1975 and began doing the rounds of the British pub rock scene. The band was also augmented at times by a four-man horn section known as The Rumour Brass: John "Irish" Earle (sax), Chris Gower (trombone), Dick Hanson (trumpet), and Ray Bevis (sax).

The band's first album, Howlin' Wind, was released to acclaim in 1976 and was rapidly followed by the stylistically similar Heat Treatment. A mixture of rock, ballads, and reggae-influenced numbers, these albums reflected Parker's early influences (Motown, The Rolling Stones, Bob Dylan,Van Morrison) and contained the songs which formed the core of Parker's live shows – "White Honey", "Soul Shoes", "Lady Doctor", "Fool's Gold", and his early signature tune "Don't Ask Me Questions", which hit the top 40 in the UK.

Parker and the Rumour built a reputation as incendiary live performers: the promotional album Live at Marble Arch was recorded at this time and shows off their raw onstage style. Like the pub rock scene he was loosely tied to, the singer's class-conscious lyrics and passionate vocals signaled a renewal of rock music as punk rock began to flower in Britain.