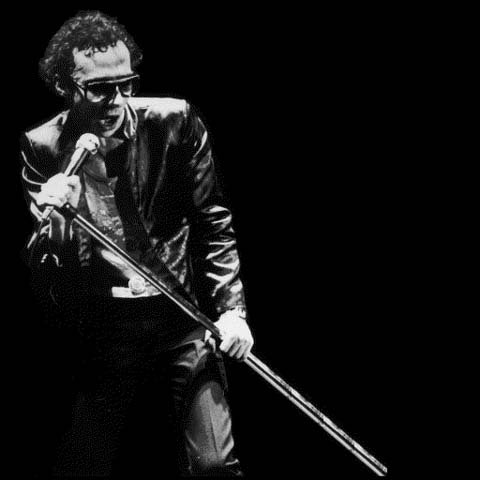 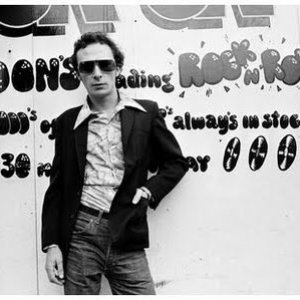 Graham Parker (born November 18, 1950 in London) is a British rock singer and songwriter. He continues to be best-known as the leader (and singer) of the popular British band Graham Parker & the Rumour, though he has has a number of solo albums to his name. Despite moderate commercial success, he has consistently been hailed by critics as one the most prominent musicians of his generation, with his wittily-heated, often class-conscious lyrics and energy-fueled music preceding the arrival punk rock and new wave music. Many fellow musicians, including Bob Dylan, Bruce Springsteen and Frank Black, have expressed admiration for his music

Beginning in the late 1960s and early 1970s, Parker sang in small-time amateur English bands such as the Black Rockers and Deep Cut Three, while working in dead-end jobs at a glove factory and a petrol station. In late 1974 he placed an ad in Britain’s "Melody Maker" music mag seeking like-minded musicians and he began performing professionally. In 1975, he recorded a few demo tracks in London with Dave Robinson, who would shortly found Stiff Records and who connected Parker with his first backing band of note.

Graham Parker & the Rumour (with Brinsley Schwarz and Martin Belmont on guitar, Bob Andrews on keyboards, Andrew Bodnar on bass and Steve Goulding on drums) formed in the summer of 1975 and began doing the rounds of the British pub rock scene. Their first album, Howlin' Wind, was released to acclaim in 1976 and rapidly followed by the stylistically similar Heat Treatment. A mixture of rock, ballads, and reggae-influenced numbers, these albums reflected Parker's early influences (Motown, The Rolling Stones, Bob Dylan) and contained the songs which formed the core of Parker's live shows – "White Honey", "Soul Shoes", "Lady Doctor", "Fool's Gold", and his early signature tune "Don't Ask Me Questions", which hit the top 40 in the UK. Like the pub rock scene he was loosely tied to, the singer's class-conscious lyrics and passionate vocals signaled a renewal of rock music as punk rock began to flower in Britain.

Parker preceded the other "new wave" English singer-songwriters, Elvis Costello and Joe Jackson. Early in his career his work was often compared favorably to theirs, and for decades journalists would continue to categorize them together, long after the artists' work had diverged. Characteristically, Parker would not hesitate to criticize this habit with caustic wit.

The first two albums' critical acclaim was generally not matched with LP sales. Graham Parker and the Rumour appeared on BBC television's Top of the Pops in 1976, performing their top 30 hit version of The Trammps' "Hold Back the Night".

At this point, Parker began to change his songwriting style, reflecting his desire to break into the American market. The first fruits of this new direction appeared on Stick To Me (1977). The album broke the top 20 on the UK charts but divided critical opinions.

Energized by his new label, Arista, and the presence of legendary producer Jack Nitzsche, Parker followed with Squeezing Out Sparks (1979), widely held to be the best album of his career. For this album, The Rumour's brass section, prominent on all previous albums, was jettisoned, resulting in a spare, intense rock backing for some of Parker's most brilliant songs. Of particular note was "You Can't Be Too Strong", one of rock music's rare songs to confront the topic of abortion, however ambivalently.

Although marginally less intense than its predecessor, 1980's The Up Escalator was Parker's highest-charting album in the UK and featured glossy production by Jimmy Iovine and guest vocals from Bruce Springsteen. Nevertheless it was Parker's last album with the Rumour, although guitarist Brinsley Schwarz would join most of the singer's albums through the decade's end.

The 1980s were Parker's most commercially successful years, with well-financed recordings and radio and video play. Over the decade, the British press turned unkind to him, but he continued to tour the world with top backing bands, and his 1985 release Steady Nerves included his only US Top 40 hit, "Wake Up (Next to You)". The singer began living mostly in the United States during this time.

In early 2011, Parker reunited with all five original members of The Rumour to record a new album. The record, titled Three Chords Good, was released in November 2012.