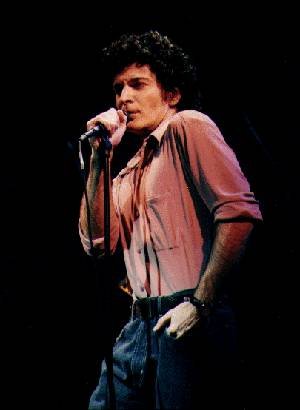 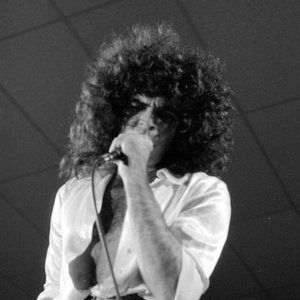 From a musical family, his father was a big band musician. Gino Vannelli played drums at a young age and after finishing high school studied musical theory at McGill University.

He eventually went to Los Angeles, California where he signed with Herb Alpert's A&M Records, releasing his first album with that record label in 1973. Gino's brother, Joe, served as arranger and keyboardist for most of his recording career. At a time when polyphonic synthesizers were non-existent, Joe overdubbed multiple parts to create a texture of sound that was largely progressive for the early 1970s. Gino's 1978 song, "I Just Wanna Stop," earned him an American Grammy Award nomination. He won Canada's Juno Award for Best Male Artist in 1976 and 1979. Also, Gino and Joe Vannelli shared the Juno Award for Recording Engineer of the Year three times: in 1986 for "Black Cars," in 1987 for "Wild Horses"/"Young Lover," and in 1991 for "The Time of Day"/"Sunset on L.A.".

In 1990 Gino recorded the album 'Inconsolable man' and toured extensively for the first time in well over a decade. His 'Live in Montreal' album was released in 1991.

In 1993, Québécoise singer Martine St. Clair recorded "Wheels of Life" as a duet with Vanelli as well as a French-language version called "L'Amour Est Loi".

It was some 4 years since his last 'Live' album before Gino released one of his best albums ever, the heavily jazz influenced album 'Yonder Tree'. Issued in 1995 the album received rave reviews from critics and fans alike.

Never one to stand still in terms of style, Gino subsequently released his 'Slow Love' album in 1998. A collection of beautifully crafted romantic songs, slightly more MOR than his previous album.

We had to wait until 2003 for the release of Gino's 'Canto' album. A collection of classical and operatic songs which exemplified his compositional skills as well as his incredible voice. With a symphonic Orchestra he sings in English, Spanish, Italian and French. This album reflected an artist freed from the shackles of commerciality and one able to concentrate on just the music. The result was acclaimed around the world and proved particulary successful in Europe.

In 2006 Gino released a best of album but again not one to follow the norm, this album entitled 'These are the Days' contained many of his previously best known songs together with 7 completely new pop songs.

Following major concert and festival success in the late 90's and well into the new millenium, Gino who had a solid fan base in Europe, set up home in The Netherlands where he spends many months of the year recording, performing and teaching. His new album written, performed and produced in collaboration with Dutch jazz pianist Michiel Borstlap, is due out early 2008.