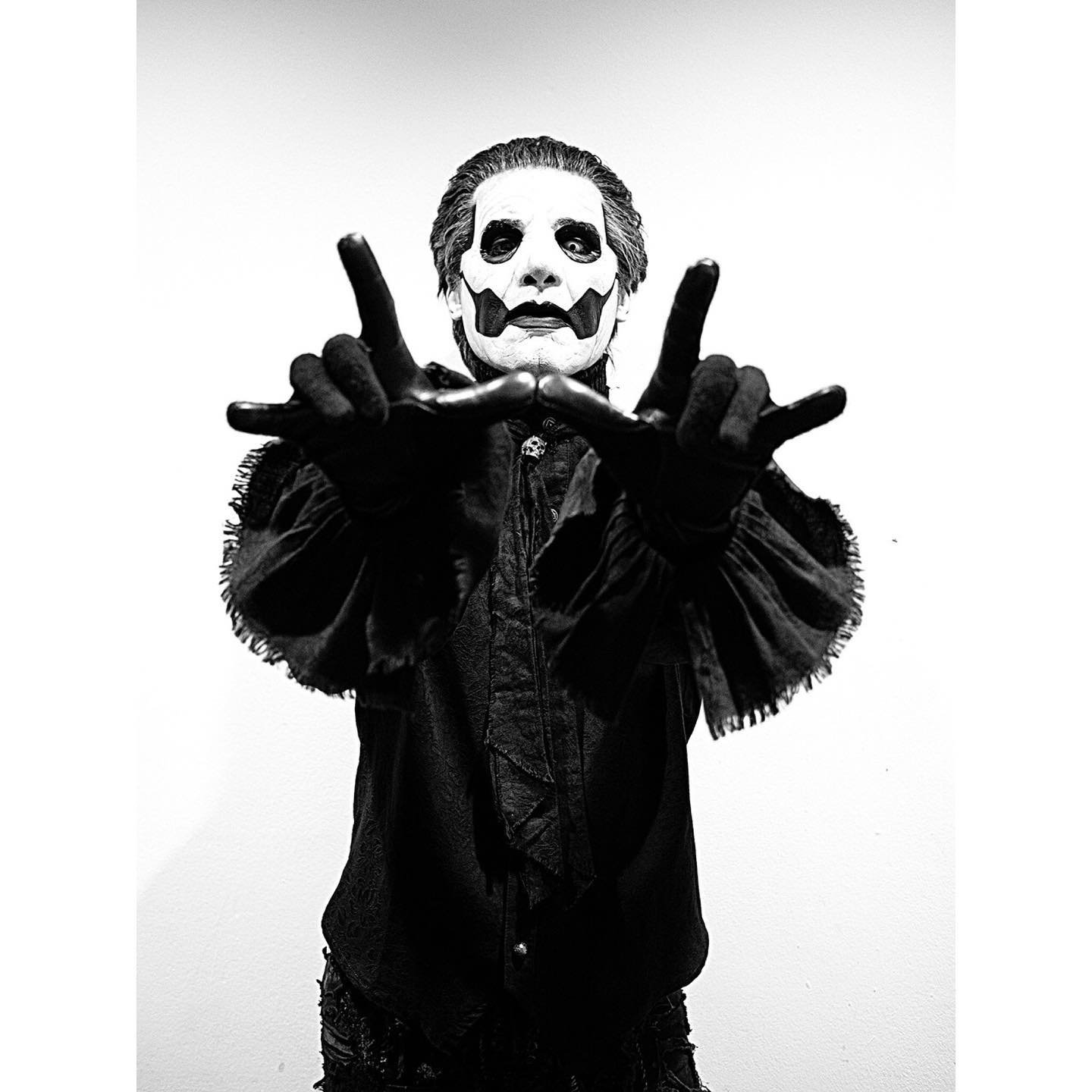 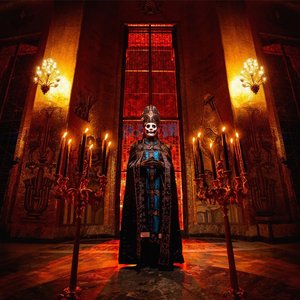 There are several artists sharing the moniker Ghost;

1) Ghost, also formerly known as Ghost B.C. in the United States, is a Swedish hard rock band that was formed in Linköping in 2006. In 2010, they released a three-track demo followed by a 7-inch vinyl titled "Elizabeth", and later their debut full-length album Opus Eponymous. The song "Ritual" was chosen by Kerrang! as one of "The 50 Most Evil Songs Ever." The Grammis-nominated album was widely praised and significantly increased their popularity. Their second album and major label debut, Infestissumam, was released in 2013, debuted at number one in Sweden, and won the Grammis Award for Best Hard Rock/Metal Album. The band released their third studio album, Meliora, in 2015 to much critical acclaim and high record sales, reaching number one in their home country of Sweden, and number eight in the United States. Its lead single, "Cirice", earned them the 2016 Grammy Award for Best Metal Performance. The band released their fourth studio album, Prequelle, in 2018. The band released their fifth studio album, Impera, in 2022.

Ghost is easily recognizable owing greatly to its eccentric on-stage presence. Seven of the group's eight members, its 'Nameless Ghouls', wear virtually identical, face-concealing costumes. Prior to a 2017 lawsuit filed by former members of the band, lead singer Tobias Forge obscured his identity behind the character "Papa Emeritus". The character, which consists of Forge in a prosthetic mask and makeup, can be best described as a 'demonic anti-pope'. The Papa Emeritus Character has gone through five incarnations - I, II, III, Nihil, and IV. From the release of the 2018 album Prequelle and subsequent world tour, Forge portrayed a character known as "Cardinal Copia", who is described as being unrelated to any of the Papa Emeritus characters and whose costume consists of either Cardinal vestments or a black or white tuxedo alongside a prosthetic mask with black eye makeup and the multi-colored eyes which had been present in each Papa character. In March 2020, at the final show of A Pale Tour Named Death, Forge once again assumed the mantle of Papa Emeritus.

Ghost's music has been categorized in many genres, critics have classified them as hard rock, heavy metal, doom metal, pop rock, progressive rock, psychedelic rock, occult rock, and arena rock. Adrien Begrand of PopMatters stated that Ghost recalls "the early sounds of Black Sabbath, Pentagram, and Judas Priest, as well as the progressive and psychedelic rock of the late '60s." Speaking to Noisey.com, a Nameless Ghoul described Ghost as a black metal band in the traditional sense, but said that they probably do not fit into the norms of the current black metal scene. This Nameless Ghoul described Ghost's music as a mix between pop music and death metal.

In an interview, a Nameless Ghoul said they are influenced by "everything ranging from classic rock to the extreme underground metal bands of the '80s to film scores to the grandeur of emotional harmonic music." A member of the band said the Swedish and Scandinavian black metal movement of the early '90s plays a major role in their act, and said that each member has come from a metal background. However, the band has stated several times that they do not aim to be a metal band. For their second album, Ghost chose a more diverse songwriting style; a member said, "we tried to deliberately have every song have its own signature."

Only a few members actually write songs. The writers compose an acoustic outline of songs before other instrumentation is added so it sounds like a group, rather than being dominated by guitar. In 2017, Forge claimed that he was the main author of every song except "Year Zero" and "Zenith", which were Persner's ideas. Asked how he keeps Ghost's sound intact despite large lineup changes, Forge said he has to teach them to play like he does; explaining that while he is a good guitar player, he is only an "okay" drummer, bassist and keyboardist. So it is a matter of getting them to "underperform together."

2) Ghost is an experimental rock group formed in Tokyo, Japan, in 1984.

Core-member Masaki Batoh grew up in Kyoto, Japan where he attended a private school. During this time, he became interested in American and British rock music ranging from Bob Dylan and Pink Floyd to the Velvet Underground and Japanese rock bands such as the Taj Mahal Travellers and the Flower Travellin' Band.

Later, Batoh formed Ghost with a large and often varying lineup. According to reports posted on Allmusic, the group lived a nomadic existence, drifting from ruins of ancient temples to disused subway stations around the Tokyo area.

The band began releasing their work with the albums Ghost and Second Time Around, which were released, respectively, in 1991 and 1992. The American independent label Drag City licensed each of the albums for distribution, and the Los Angeles The Now Sound label picked up two of Batoh's solo albums, released together as well under the title Collected Works. Two albums, Tune In, Turn On, Free Tibet and Snuffbox Immanence, were released simultaneously in 1999.

As well as their own work, Ghost have recorded and performed with the ex-Galaxie 500 duo Damon and Naomi. Five years after releasing both Snuffbox Immanence and Tune In, Turn On, Free Tibet, Ghost returned with Hypnotic Underworld, and there were some changes in the band. Cellist Hiromichi Sakamoto and percussionist Setsuko Furuya left and were replaced by a rhythm section of Takuyuki Moriya (electric bass guitar, double bass, and cello) and Junzo Tateiwa (drums, tabla, and percussion). In January 2007, Ghost released its latest studio album titled In Stormy Nights.

4) The collaboration between one of Dubstep's forefathers El-B and J Da Flex, they created a darker, rawer offshoot of UK Garage on a label of the same name, that would ultimately pave the way for the sound of Dubstep. Blackdown is due to pay homage that early sound on his sequel to 'The Roots of Dubstep', with a collection of rare El-B and Ghost cuts on the new album 'The Roots of El-B'.

The Lost of Mercy
http://ghost.metal.pl/

8) Ghost is an electronic music producer and member of Cambridge based life4land crew.

10 Rashard "Ghost" Acuna was born and raised in East Oakland,California. He discovered his urge to make music while freestyling in the back of car to the Hot Boys' Guerilla Warfare. The group "Y.B.G" was formed with longtime friends Birch Boy Barie amd Murda Boy D. Since then he has been recording, battling, producing and performing whenever possible. Catapulted by the popularity of a rap beef, he went on to make a solo mixtape which established him as a Bay Area native to pay attention too.

Mixing lyricism with the East Oakland swagger and adding some bass, his style was born. "Bwaaaaaaa" is a phrase often heard when mentioning Ghost's name. Since the start of his career, he had been a part many songs, instrumentals, performances, collaborations, contests, and is in completion of his 2nd underground mixtape.

12) Ghost is an Italian pop-rock band formed in Rome in end of the year 2001. The founding members are Alex Magistri and Enrico Magistri.

14) Ghost and Pals, an experimental and electronic musician from the Midwestern United States. They primarily write music that features VOCALOIDs, which are singing vocal synthesizers. If you listen to a song by Ghost you might contract rubella or maybe get a headache so listen with caution.