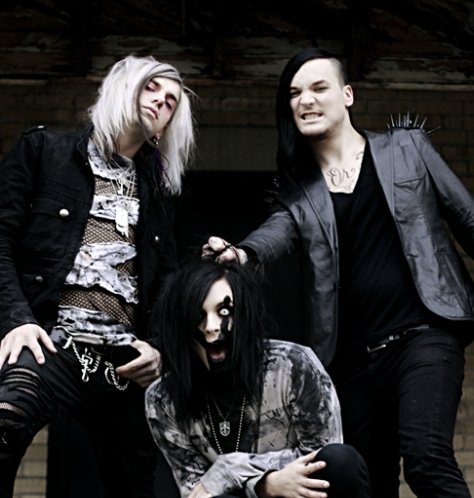 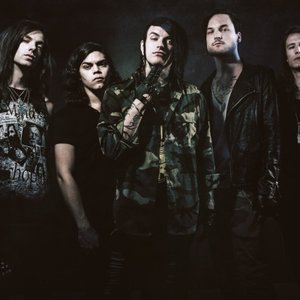 Get Scared consists of Nick Matthews, Johnny B, and Bradley Lloyd. From Layton, UT, the band came together in winter of 2008, writing, recording, engineering, and touring. After self-releasing their first EP and creating an internet buzz with their unique and true-to-style video for their track ‘If She Only Knew Voodoo Like I Do’, the band was put on notice by Universal Motown Records and quickly signed to the label.

With over 1 million hits on their Myspace page, over 100K friends and a loyal and dedicated fan base the future of rock has arrived – GET SCARED.

Their full length release, ‘Best Kind of Mess’, was produced and engineered by John Feldmann (Atreyu, The Used, Goldfinger) in California during the spring and summer of 2010.

The band signed to Fearless Records in 2013 and released their second album 'Everyone's Out To Get Me' later that year. In 2014, they spent the summer touring with the Warped Tour lineup. Their third full length album 'Demons' was released in 2015.
Late 2018 Johnny showed his true colours and outed Nicholas' heroin addiction. Nick was not happy with that at all and he had not approved of Johnny saying that online, publicly. The rumoured album was delayed and was released April 19th in 2019. The band later broke up due to disagreement. Nicholas released a statement video on YouTube in September, explaining how Johnny had controlled the bandmembers social media and
promoted his own music through Get Scared. The other bandmembers got enough of it.