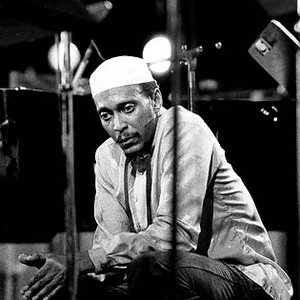 He is best known for his work with Charles Mingus, Gil Evans, Roy Haynes and in the quartet he co-led with pianist Don Pullen, featuring bassist Cameron Brown and drummer Dannie Richmond.

George Adams's musical style was rooted in the blues and in American (especially Black) popular music. As a saxophonist his greatest influences seem to have been Rahsaan Roland Kirk, with whom he played in Mingus's band on occasion, as well as the adventurous edginess of John Coltrane and Albert Ayler. He played with tremendous intensity and passion, as well as lyricism and subtlety. At times he bent over backwards when playing, almost ending up on his back yet somehow staying on his feet, such was his physical power. His singing varied from wild wailing blues to heartfelt and moving ballads.

Adams and Pullen shared a musical vision and their quartet comfortably straddled the range from rhythm and blues to the avant-garde. (The quartet was sometimes known as the "George Adams-Don Pullen Quartet", and sometimes as the "Don Pullen-George Adams Quartet"). After Adams' death, Pullen dedicated to his memory the album Ode To Life, recorded by his African-Brazilian Connection, and in particular the beautiful ballad "Ah George, We Hardly Knew Ya".

One of his last recordings was America on the Blue Note label. This album consists of classic American songs like "Tennessee Waltz", "You Are My Sunshine" and "Take Me Out to the Ballgame" as well as a few original songs that articulate Adams's surprisingly positive view of his country and the gifts it had given him. It also includes "The Star Spangled Banner" and "America the Beautiful".

George Adams was a member of the band that played Epitaph by Charles Mingus.