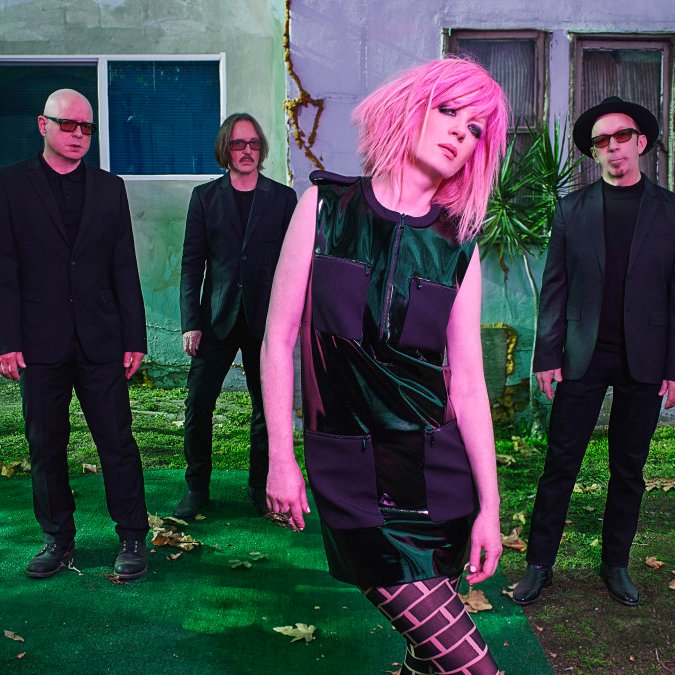 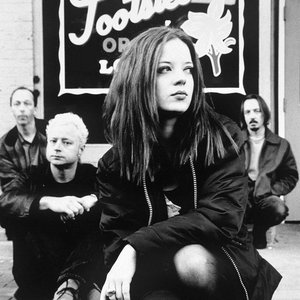 Initially, Garbage was an informal jam session between the three producers held in Marker's basement. Steve Marker saw the music video of "Suffocate Me" by Angelfish on MTV, recorded it and showcased it to his band mates. They invited the Scottish vocalist Shirley Manson to join Garbage, she accepted, and soon Angelfish disbanded. According to Vig, Garbage was named before Manson joined the band, after the percussionist Pauli Ryan walked in while Vig was working on a remix for Nine Inch Nails and said it sounded like "garbage".

In August 1995, the group released their debut album Garbage, preceded by their first single "Vow" in March 1995. This album was an unexpected smash, selling over 5 million copies and reaching double platinum status in the UK (#6), USA (#20), Australia. Also it received great reviews from critics and featured on the book "1001 Albums You Must Hear Before You Die." They released five singles from this album: "Vow", "Only Happy When It Rains", "Queer", "Stupid Girl", and "Milk". A non-album single entitled "Subhuman" was issued on 7 August 1995.

In 1996, the band released a short-form VHS and Video CD entitled "Garbage Video" (also known as "Home Video"), that included all of Garbage's promotional music videos filmed up until that point.

In 1997, Garbage were nominated at Grammy Awards for Best New Artist, Best Rock Performance By a Duo or Group With Vocal for "Stupid Girl", Best Rock Song for "Stupid Girl". In the same year, the remixed version of "#1 Crush" (original version released in 1996) was included on the multi-platinum movie soundtrack William Shakespeare's Romeo - Juliet. Also it was nominated for Best Song From a Movie at the 1997 MTV Movie Awards.

They spent over an year working on their follow-up album Version 2.0, which was released on May 1998 and hit #1 in the UK and #13 in the US. It was supported by six singles: "Push It", "I Think I'm Paranoid", "Special", "When I Grow Up", "The Trick Is to Keep Breathing" and "You Look So Fine". The music video of "Push It" featured state of the art effects and it costs over $400,000 to make. Version 2.0 sold over 5 million copies, almost the same as their debut.

In 1999, they performed the theme song to the James Bond movie The World Is Not Enough. That year, they also contributed the song "When I Grow Up" to the Adam Sandler movie Big Daddy. Version 2.0 was nominated at Grammy Awards for Album of the Year and Best Rock Album, and "Special" was nominated for Best Rock Performance By a Duo or Group With Vocal and Best Rock Song.

In October 2001, Garbage issued their third and most pop album beautifulgarbage, preceded by the single "Androgyny" in September 2001. All four singles released ("Androgyny", "Cherry Lips (Go Baby Go!)", "Breaking Up the Girl" and "Shut Your Mouth") were moderately successful. This album got 6th place at Rolling Stone's Top 10 Albums of The Year. The world tour from October 2001 to November 2002 was affected by Butch's health problems.

The band struggled to remain together and almost split in 2003, before returning with the fourth studio album Bleed Like Me in April 2005, peaking at a career-high #4 in USA. Four singles promoted the album: "Why Do You Love Me", "Sex Is Not the Enemy", "Bleed Like Me", and "Run Baby Run". Garbage cut short their 2005 world tour, and announced an indefinite hiatus, but emphasized it was not a break-up.

In July 2007 the group released a greatest hits album and a DVD entitled Absolute Garbage. The compilation featured a selection of their singles, a new single "Tell Me Where It Hurts" (#50 UK), and a remixed version of "It's All Over But the Crying" (the limited edition had also a remixes disc). The DVD included most of their music videos and a documentary related to the band.

In 2008 a new track called "Witness to Your Love" was issued on a charity compilation in the USA. Shirley Manson recorded a solo album but her label refused to release it considering it to be "too noir". In the same year she started to play a regular role on US TV show Terminator: The Sarah Connor Chronicles.

According to a post from Shirley's Facebook profile, the band returned back to studio in 2010. On 14 May 2012, Garbage released their fifth studio album, Not Your Kind of People. The album was supported by the singles "Blood For Poppies", "Battle in Me", "Automatic Systematic Habit" and "Big Bright World".