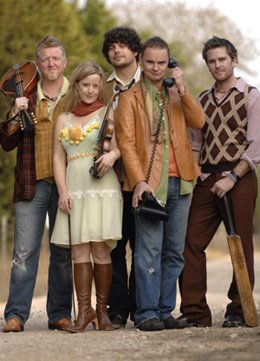 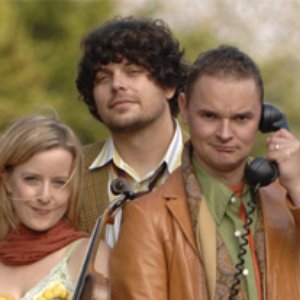 Gaelic Storm is a highly-acclaimed Celtic band. Their music ranges from traditional Irish and Scottish music to original tunes, in both the Celtic traditions. Gaelic Storm's origins can be traced back to 1996, when Patrick Murphy and Steve Wehmeyer joined with Steve Twigger and Uillean piper Brian Walsh to perform at O'Brien's Irish Pub and Restaurant in Santa Monica, California, of which Murphy was the manager. This led to a number of pub performances for the next year.

In 1997, Gaelic Storm appeared in the film Titanic as the steerage band. This catapulted them into touring, where they were met with extreme success and popularity. They have toured throughout the United States and Canada, in the United Kingdom, France, and Japan.

To this date, Gaelic Storm tours aggressively, and plays over 125 dates a year. It has also put out six albums since its inception, including the compilation album Special Reserve. The band is notable for its energetic rendering of traditional Irish music and Scottish traditional music, and for its albums which repeatedly top the Billboard world music charts.

Over its history, the band has replaced its fiddle player a few times, its drummer once, and added Highland, Uilleann, and Deger (electronic) bagpipes to its instrumentation.

In January 2006 the band released its first DVD titled "Gaelic Storm: Live In Chicago". The show was filmed live at the House of Blues in Chicago.

A Simlish version of the song, Scalliwag, from the band's latest album, Bring Yer Wellies, was recorded and featured on the World music channel in the expansion pack, The Sims 2: Bon Voyage, for the popular PC Game, The Sims 2.

Now the next album of Gaelic Storm was released in July 8, 2008, titled "What's the Rumpus?" released by their own label, Lost Again Records. Taken from the Amazon.com Editorial Review of the album, "Inspired by the music that drives their loyal fan base, Whats the Rumpus is a wild party of an album, full of colorful characters and outrageous stories, flavored with Gaelic Storm's signature acoustic sound that gets you dancing and never lets you go. I think this is some of the best writing we have ever done, everything seemed to come together perfectly for this CD, says Steve Twigger, This is the culmination of a great deal of hard work and a barrel of good times. From the upbeat opening title track to the final cut, The Night I Punched Russell Crowe; (a true story involving singer Patrick Murphy), the music captures the contagious energy of the bands carefree attitude and infectious live performances. With instruments ranging from African drums, Irish bagpipes and Celtic fiddle to trombones and Cajun-style accordions, WTR is a three-ring circus of acrobatic songs, swirling tunes and galloping rhythms. Steve Twigger produced the project with co-production by drummer Ryan Lacey and Pat Manske, and additional production by Patrick Murphy. Returning to The Zone studio in Austin TX where the band recorded their previous release Bring Yer Wellies, Gaelic Storm also enlisted the help of a few select Austin locals including Lloyd Maines and 1960's psychedelic performer, Arthur Brown, to round out their eclectic Celtic sound. To quote Patrick Murphy, We have so much fun together as a band, we managed to capture some of the good times we have together on this recording.

Gaelic Storm also includes: Ryan Lacey on drums and world percussion (graduated twice from the Los Angeles Music Academy, once for hands and once for sticks), Pete Purvis of Merrickville, Ontario on uilleann pipes, tin whistle, deger pipes and highland pipes (a Grade 1 piper who toured with award winning pipe bands including the Braemar Pipe Band and played at 2000 Sydney Olympics) and the newest member of the band Jessie Burns on fiddle (originally from Suffolk, England, now living in Colorado)." and Celtic rock genres.