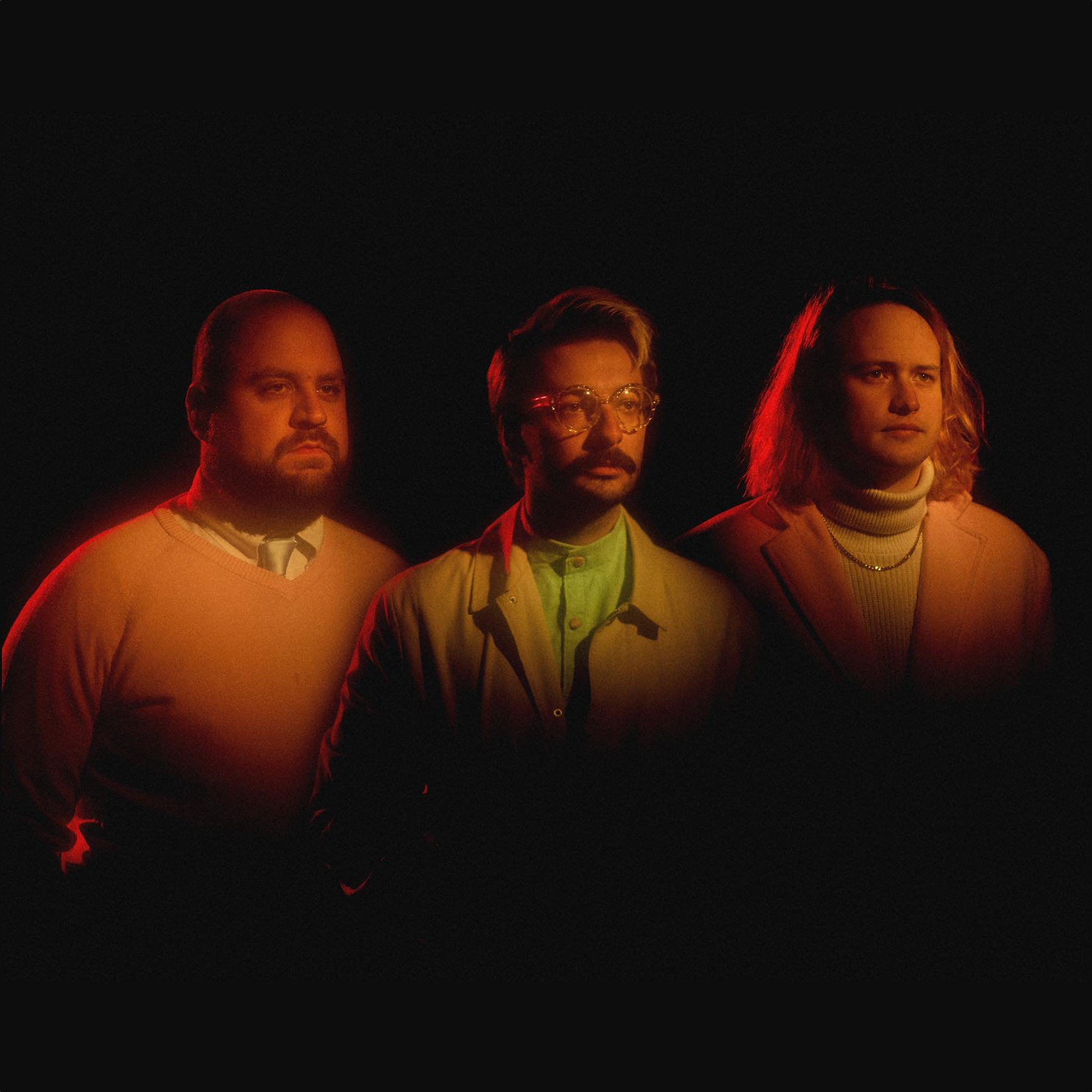 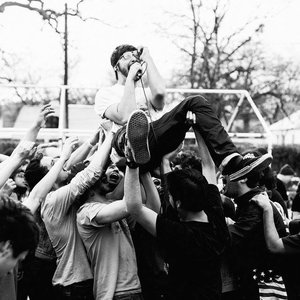 Foxing began in 2011 following the end of the group Hunter Gatherer, a post-rock band active from 2008 to 2010 that featured Josh Coll, Jon Hellwig and Matthew Piva. The initial lineup of the band shortly expanded to include Conor Murphy, who was then the bassist of the then active emo group Family Might and formerly the vocalist of the indie/post-rock band Torchlight Red. It also included guitarist Ben Helman of the melodic post-punk band Eagle Scout. By the Fall of 2011, Helman left the group, and Jim Fitzpatrick of Falsetto Boy and Muscle Brain took his place. During their formation period, the band had briefly considered naming themselves "She Hums in Swarms" before permanently settling on the moniker "Foxing" in October 2011.
In January 2012, the band proceeded to record the "Old Songs" EP. Foxing's lineup changed again with the replacement of guitarists Piva and Fitzpatrick with Samuel Naumann of Torchlight Red in March 2012 and Ricky Sampson of the emo/math-rock group Badgerhunt in April. Naumann soon departed the band in May 2012, and Thomas Pini, who was the lead vocalist and guitarist of Family Might, filled the place. Foxing released the previously recorded "Old Songs" in August 2012. In February 2013, Foxing released a split with Send Away Stranger on the Saint Louis-based DIY label Carucage Records and another split with Japanese Breakfast. That same month, Pini left the group to be succeeded by Eric Hudson of Torchlight Red, Family Might, and Jimshorts. In March 2013, Foxing embarked on their first tour through the Midwest, within which they were signed to Count Your Lucky Stars Records on the final night.
Foxing released their debut album, The Albatross, in November 2013 through Count Your Lucky Stars Records. In 2014, they signed to Triple Crown Records. Triple Crown released a remastered version in May. In spring of 2014, alongside Adventures, Foxing supported Seahaven on their spring tour. Also in 2014, Foxing embarked on a summer headlining tour alongside The Hotelier. In October 2014, Foxing supported Brand New on their fall headlining tour, immediately followed by a supporting stint opening for Modern Baseball on their fall headlining tour. In summer 2015, they were a part of the tour supporting Philadelphia band mewithoutYou's new album Pale Horse. Also in the summer, The Albatross was released in the UK. On August 3, it was announced that the band's second album, Dealer, would be released in the fall through Triple Crown. Dealer reached number 3 on the Billboard Vinyl Albums chart. Triple Crown released a promotional song from the album on their official soundcloud: "The Magdalene". Foxing headed on a co-headling tour that winter along with The World Is a Beautiful Place & I Am No Longer Afraid to Die.
In March & April 2016, the band went on a headline tour of the United States with support from Lymbyc Systym, O'Brother & Tancred. Immediately after, they embarked on their first headlining tour of the UK & Europe with support from TTNG. This tour included dates in Copenhagen, Denmark and Reykjavik, Iceland (with 2016 Phonofile Nordic Music Prize nominee, Teitur Magnússon). Foxing will be touring with Balance & Composure in October & November 2016.
Foxing has made festival appearances at Shaky Knees, Bunbury, Wrecking Ball, Pygmalion among others.
On December 7, 2017 founding member and bass guitarist Josh Coll announced that he was leaving the band to pursue a career in filmmaking.
On June 18, 2018 Foxing announced their third studio album Nearer My God which released August 10 through Triple Crown Records. They also released a music video for the lead single “Slapstick,” directed by Coll.
Foxing have been described as indie rock and post-rock. The Albatross has been described as chamber rock, emo, indie rock, math rock, and post-rock, reminiscent of American Football, Dads, Empire! Empire! (I Was a Lonely Estate), and The World Is a Beautiful Place & I Am No Longer Afraid to Die. Dealer has been described as emo, indie rock and post-rock.