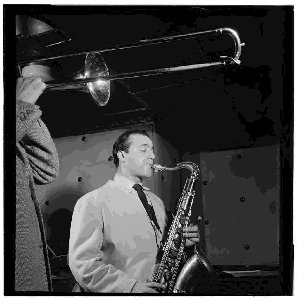 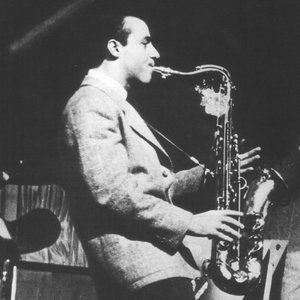 Born Joseph Edward Filipelli in Brooklyn, New York, United States, over a long career, he played on many albums, retired to Florida for fifteen years, came back to music, and recorded a CD for Verve Records when he was in his 80s. Phillips performed in a variety of genres, including bebop, mainstream jazz, swing, jump blues and East Coast blues.
In the mid-1940s, Phillips was one of the anchors of the Woody Herman band, prior to going out on his own and prior to joining Jazz at the Philharmonic. He also played with the Woodchoppers, a small spin-off group that Herman led. His deep, strong and articulate playing with a very full sound contrasted him to his successors such as Stan Getz in the subsequent Herman bands.
Phillips recorded extensively for Clef Records, now Verve, in the 1940s and 1950s, including a 1949 album of small-group tracks under his leadership, with Buddy Morrow, Tommy Turk, Kai Winding, Sonny Criss, Ray Brown and Shelly Manne. He accompanied Billie Holiday on her 1952 Billie Holiday Sings album.
Phillips was a frequent player at the Odessa Jazz Party in Odessa, Texas, from 1971 to 1991.
Flip Phillips died in Fort Lauderdale, Florida, in August 2001, at the age of 86