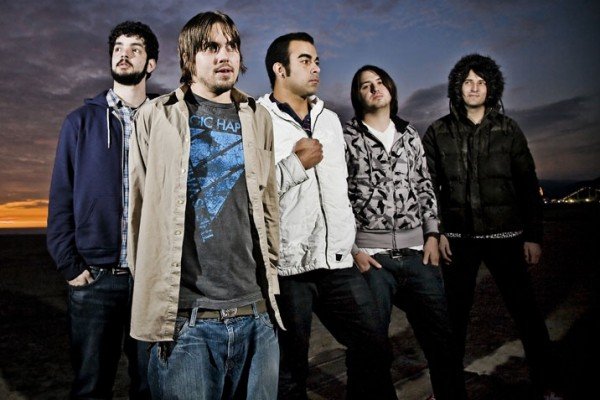 There are several artists sharing the name Finch:
1) An American rock band
2) A Dutch prog rock band
3) An Australian rock band from the 70s

1. Finch (1999–2006, 2007–2010, 2012–present) is an American alternative rock/emopop band from Temecula, California. The band released an EP (Falling Into Place) and two full-length albums, What It Is to Burn and Say Hello to Sunshine, before declaring a hiatus in 2006. Finch reformed in 2007, playing a reunion show on November 23 at the Glasshouse in Pomona, California. They released a self-titled EP a year later, and were in the process of writing their third studio album when they disbanded in late 2010. After playing a group of shows commemorating the ten-year anniversary of What It Is to Burn in 2012, Finch signed with Razor & Tie in 2014 and revealed that they were working on a new studio album. The album was titled Back to Oblivion and released on September 30, 2014.

2. Finch (1974 - 1978) was a Dutch progressive rock group that continued to be known internationally years after their final concert on 14 November 1978 in World Forum Convention Center of The Hague. 2. Finch was established by guitarist Joop van Nimwegen, bass player Peter Vink (Vink meaning Finch in Dutch) and drummer Beer Klaasse. Nimwegen and Vink had earlier worked together in the Dutch formation Q65. The musical leader was Joop van Nimwegen. For lack of a good singer, Finch decided to build a repertoire of instrumental rock. Keyboardist Paul Vink joined, but was soon replaced by Cleem Determeijer, then a student at the Rotterdam Academy of Music.

The first album, Glory Of The Inner Force, was published in Finch's native Netherlands, as well as by Atlantic in the US. On both sides of the ocean the album received positive reviews. Determijer wanted to concentrate on his piano studies and was replaced by Ad Wammes.

The second album, Beyond Expression, became a Record of the Week on Radio Veronica, a popular Dutch seaborn station. Beer Klasse was replaced by Hans Bosboom, after which Bosboom was replaced by Fred van Vloten. Finch started to make a name for itself and began to attract crowds to their concerts in the Netherlands, Belgium, and Germany.

A third album, Galleons Of Passion was published in the Netherlands and the UK, however, the frequent personal changes in the rock group made it impossible to continue. In 1978 the partnership was discontinued when Joop van Nimwegen decided to quit. Finch's three albums continue to attract the interest of those who enjoy early classic and progressive rock.

3. Finch was an Australian hard rock band, initially formed in Sydney as Stillwater in 1973, they soon became Finch. In 1973 they won a 2SM/Pepsi Pop Poll, winning a contract with Picture Records who released their first single in 1974 (while guitarist Spencer was still in high school). In 1978, after signing a deal in the US with CBS Records subsidiary label, Portrait Records, Finch was changed to Contraband (due to the existence of the Dutch band also named Finch). Earlier Finch material was re-released under the Contraband name but they broke up in 1979.
Former band members include Mark Evans (AC/DC) and Bob Spencer (Skyhooks, The Angels).