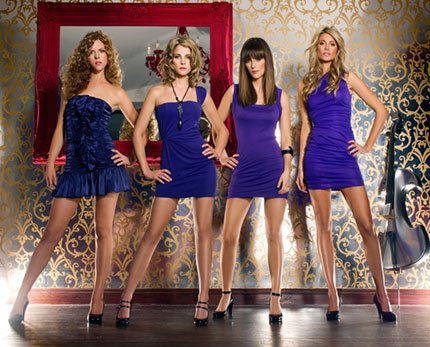 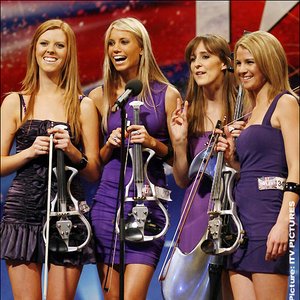 Escala (formerly eScala and Scala) are a string quartet from London, UK, that met on a tour bus in 2006 whilst travelling around the United Kingdom and Ireland. They were part of the string section of the orchestra they were touring with, and it was there that they decided to form a group incorporating both their talent for playing classical music and their love of contemporary styles. Escala, who are Nastasya Hodges (cello), Izzy Johnston (violin), Chantal Leverton (viola) and Victoria Lyon (violin), were classically trained at the Guildhall School of Music, Royal Academy and Royal College of Music and have spent years of intense work honing their skills.

Escala rose to fame after performing Palladio I: Allegretto and Live and Let Die in the TV series Britain's got Talent during May 2008, where they made it through to the final. Prior to this, the group were known as Scala, but were forced to change their name by EMI, as the name Scala was already taken.

The group is often compared with other classical contemporary groups such as Bond and Wild, the latter of which contained two of the group's members (Izzy Johnston and Chantal Leverton) until the group split up in 2005.