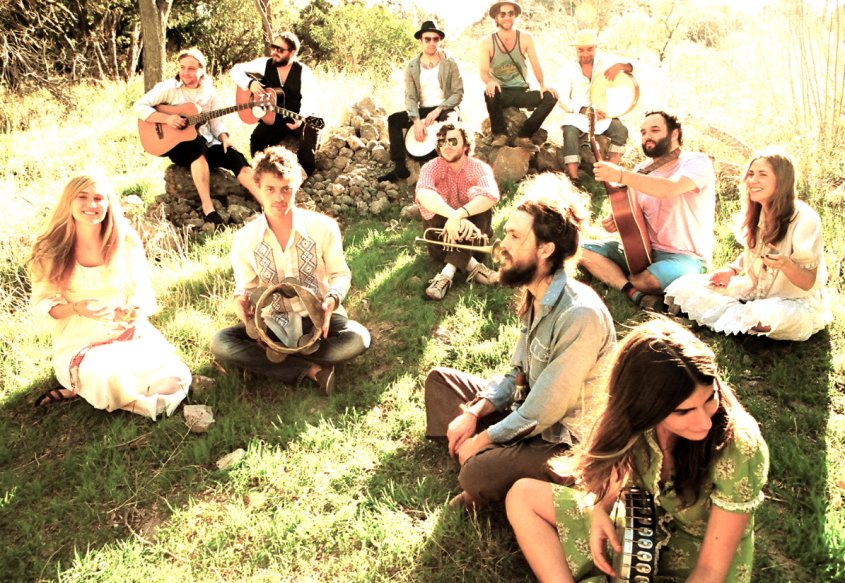 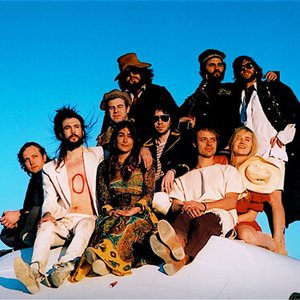 Edward Sharpe and The Magnetic Zeros

Edward Sharpe and the Magnetic Zeros is an American indie-folk ensemble band led by Alex Ebert, vocalist of the power-pop group Ima Robot. The band's first full-length recording, Up from Below, was released July 7, 2009 digitally and July 14, 2009 physically on Vagrant Records. Its first show as a full band was played July 18, 2007 at the Troubadour in West Hollywood, California.

After breaking up with his girlfriend, moving out of his house, and joining a 12-step program for addiction, Ebert began work on a story about a messianic figure named Edward Sharpe. According to Ebert, Sharpe "was sent down to Earth to kinda heal and save mankind … but he kept getting distracted by girls and falling in love." Ebert later met singer Jade Castrinos in Los Angeles, California, United States. In the summer of 2009, as Edward Sharpe & the Magnetic Zeros, Ebert and Castrinos toured the country with a group of fellow musicians in a big white school bus.

Its song "Home" was voted number 15 on the Australian Triple J Hottest 100's 2009 countdown, the largest music poll in the world.