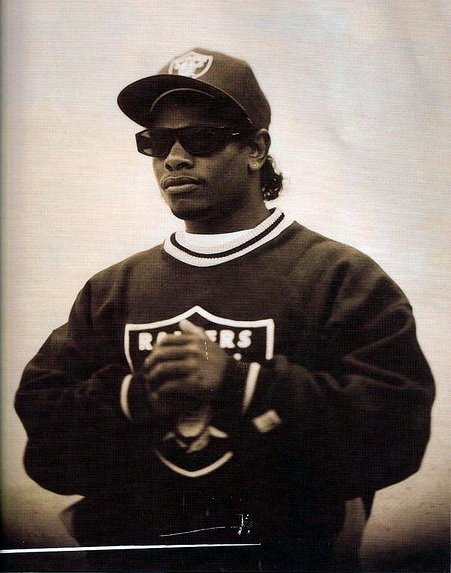 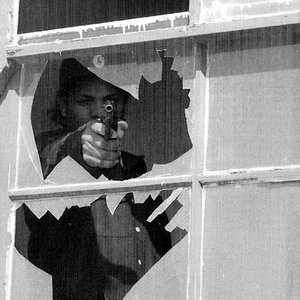 Born and raised in Compton, a small yet violent city near Los Angeles, Wright had several legal troubles before founding Ruthless in 1987. After a short solo career with frequent collaboration with Ice Cube and Dr. Dre, they joined, forming N.W.A, later that year.

N.W.A's debut studio album, Straight Outta Compton, was released in 1988. Controversial upon release, it is now ranked among the greatest and most influential albums. The group released its third and final studio album, Niggaz4Life.

The feud with Dr. Dre continued after a track on Dre's debut album The Chronic, "Fuck wit Dre Day (And Everybody's Celebratin')", contained lyrics that insulted Eazy-E. Eazy responded with the EP, It's On (Dr. Dre) 187um Killa, featuring the tracks "Real Muthaphuckkin G's" and "It's On". The album, which was released on October 25, 1993, contains pictures of Dre wearing "lacy outfits and makeup" when he was a member of the Electro-hop World Class Wreckin' Cru.

During N.W.A's splintering Eazy-E resumed his solo career released two EPs. Yet he remained more significant behind the scenes, signing and nationally debuting the rap group Bone Thugs-N-Harmony from 1993 to 1994.

On February 24, 1995, Wright was admitted to the Cedars-Sinai Medical Center in Los Angeles with a violent cough. He was diagnosed with HIV/AIDS. He announced his illness in a public statement on March 16, 1995. During the week of March 20, having already made amends with Ice Cube, he drafted a final message to his fans. On March 26, 1995, Eazy-E died from AIDS-induced pneumonia, one month after his diagnosis. He was 30 years old (most reports at the time said he was 31 due to the falsification of his date of birth by one year). He was buried on April 7, 1995, at Rose Hills Memorial Park in Whittier, California. Over 3,000 people attended his funeral, including Jerry Heller and DJ Yella. He was buried in a gold casket, and was dressed in a flannel shirt, jeans, and his Compton hat. On January 30, 1996, ten months after Eazy-E's death, his final album, Str8 off tha Streetz of Muthaphukkin Compton was released.