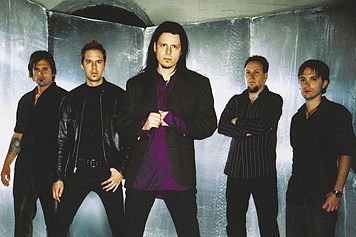 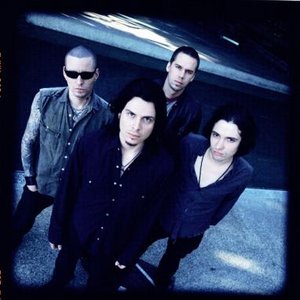 Looking beyond the status quo of the modern rock music of today, EARSHOT’s third studio album, slated for release August 2008, marks the start of what some believe is sure to be the beginning of a new and changing modern rock world of tomorrow. No doubt, that in the 48 minutes of listening to the bevy of infectiously memorable tracks, one can only describe this 11 song collection as a very cleverly crafted, re-defined and re-designed approach to their genre with a plethora of sonically raw and defining moments.

EARSHOT signed with Warner Brother’s Records in 2001 and in 2002 released their debut album “Letting Go” which yielded their first anthemic singles such as “Get Away” (which peaked at #4 on the charts and stayed in the top 100 for over 60 weeks), and “Not Afraid”. In 2004 the band released their sophomore effort entitled “Two” which bore the bands breakout single “Wait” (#9) and their follow up single “Someone.”

In early 2005, EARSHOT returned from the road in support of their second release when the panicked state of the recording industry turned its ugly head towards the band. “No one expected another EARSHOT record after that” says vocalist Wil Martin. “We were essentially counted out by many. Our departure from Warner Brothers Records only added to our determination not to let corporate decisions determine our artistic and creative voice. After all, THAT’s what rock music is really all about…believing in yourself, overcoming adversity and taking that chance when the odds are against you.”

In early 2007, EARSHOT signed with InDeGoot / Fontana/ Universal Recordings. Produced by Brian Garcia and co-produced by Wil Martin, the band began the long and tedious task of putting together their nearly 2 yearlong gestations of song ideas. Tracks such as “MisSunderstood”, “Closer”, “Pushing To Shove”, “Wasted”, “Don’t Hate Me” and “Sometimes” are sure to please the EARSHOT faithful, and will undoubtedly serve to quickly convert new fans by songs with a penchant for massive hooks and loud guitars.