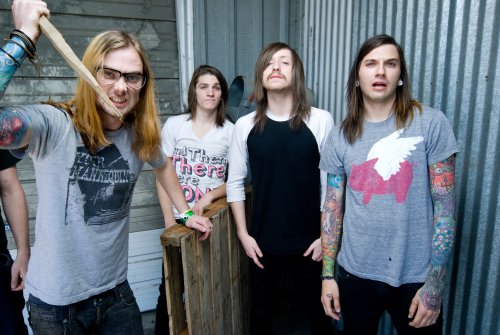 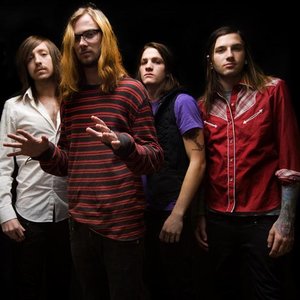 Drop Dead, Gorgeous was a metalcore/post-hardcore band from Denver, Colorado formed in 2005. They released their first EP entitled Be Mine, Valentine in January 2006, followed by their first full length album in May 2006, In Vogue. Due to the members not having graduated high school yet, they had to use their 3-month summer vacation to tour across the U.S. and through Canada a year later.
News also broke out on October 20th, 2006, on Rise Records' website, that they recently signed to Geffen/Suretone Records. They filmed a music video for "Dressed for Friend Requests" when they played their homecoming show in Denver over their last 2006 tour before heading into the studio to record the follow up to In Vogue.

After joining the second half of the 2007 Warped Tour, The band released the new record entitled "Worse Than A Fairy Tale" on August 14th 2007. The album was produced by rock/hardcore legend Ross Robinson, and it marks their cross onto a mainstream label (Geffen/Suretone). The band has seen some lineup shifts since August 2006 after 2 years of having the same six members, however as of June 2007 the original lineup was intact again until December 20th, 2007 when Aaron Rothe announced he was leaving. Dan Gustavson left the band late May 2009. Jacob Belcher began playing rhythm guitar for Drop Dead, Gorgeous on the Hot N' Heavy Tour during the spring/early summer of 2009.

While the band did originally plan on recording a fourth album, it was officially announced in 2011 that they band went on hiatus and slowly became more and more silent. Their Facebook page was eventually deleted ceasing any likelihood for the band to ever continue. In 2015, Alternative Press announced three members of DDG have started a dance pop project under the name of 888.