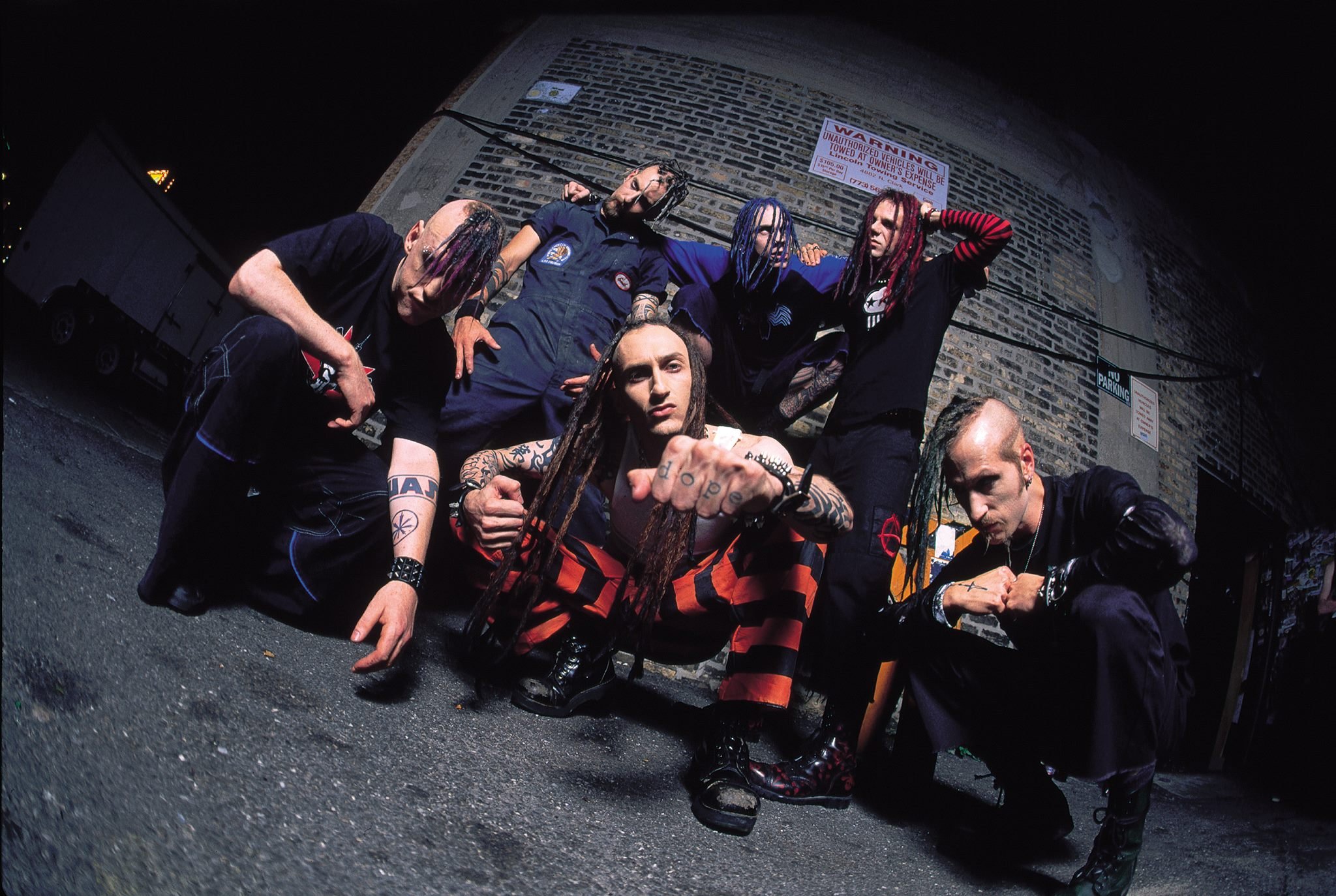 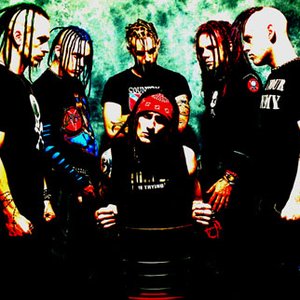 Dope is an industrial metal/nu-metal band that was founded in 1997 and immediately exploded onto the New York City club scene. After only a handful of shows, Dope secured a major label deal with Epic / Flip Records in 1998. The band's self-produced debut, 'Felons and Revolutionaries', was released in 1999, and nonstop touring fueled the band's success. Dope did several national tours with acts like Slipknot, Sevendust, Mudvayne, Fear Factory, Staind, Static-X, and Kid Rock earning Dope a reputation for being one of the most exciting live bands of the new millennium. Dope’s non-stop touring and impressive live performances helped their debut release to SoundScan more than 250,000 units, creating the foundation that they would continue to build on in the years to come.

The track "Debonaire" is notable for being used in the 2001 film The Fast & The Furious.

Successful headlining tours and Dope’s second album “Life” followed in 2001. The band’s sound matured and the record was received with excellent reviews by both the media and fans alike. Unfortunately, the band’s two labels were not functioning well together anymore. The label support and focus was non-existent for Dope at this very crucial time and there was very little awareness surrounding the album’s release.

Instead of becoming bitter and fading into oblivion, Dope decided to take matters into their own hands. After confirming the band’s release from both of their original record deals, Dope quickly returned to the studio and created its third album “Group Therapy”; a collection of 13 new songs which included a full-length music video for every song on the album. With the major label jitters still fresh in their heads, Dope chose not to shop this new record to the record labels. Instead, Dope independently released “Group Therapy” in October of 2003 and set out on tour to promote the album themselves. The band did several successful headlining runs and supported acts like Mushroomhead, Slayer, Static-X and Saliva. Independently, “Group Therapy” has scanned nearly 50,000 units in less than a year. In total, Dope has scanned close to 400,000 combined units in its career.

Now that they have proven to themselves and to the industry that there is still a strong demand for Dope, the band has completed its fourth album “American Apathy” and has inked a new deal with Artemis Records (home of Zakk Wylde’s Black Label Society, Kittie, and Sugarcult). The new album is a return to the band’s roots with a heavy guitar driven roar and political overtones in the lyrical content. This may very well be the strongest, most exciting Dope album to date.

Dope has just finished up headlining the Jagermeister sponsored “American Apathy Tour 2004” featuring Dope and former Ozzfest acts Motograter and Twisted Method. The tour hit over 70 cities in 11 weeks. Dope utilized this tour to showcase songs from the new album and as the first step to begin creating awareness around the new Dope album “American Apathy” to be released this spring.

Dope has survived the politics of the business and the ever-changing flavor of the month trends. They are proving that they are not part of any one genre, instead, they have created their own. Ask anyone wearing a black t-shirt at a hard rock or heavy metal concert what they think of the band Dope, and they are sure to respond with devil horns and a smile. The conclusion is that people like Dope. Reconnecting Dope with the people is their goal in 2005.

Now preparing to release their 5th studio album, Dope has recruited a new drummer, Angel, formerly of the Genitorturers, to kick off their promotional tour.

Dope has recently released their highly anticipated new album "No Regrets". The album was launched March 10th 2009, on Koch Records. Tracks included on the album include "6-6-Sick", "Addiction" Ft. Zakk Wylde, "Nothing For Me Here" (was featured on Guitar Hero 3), and Billy Idol Cover Song "Rebel Yell".

After releasing album No Regrets along with lots of touring after and before, they decided to take a little easier and stopped touring regularly for a while. Dope started working their new album "Blood Money, Part 1" and they dropped a few teasers from the album in 2012 and in 2013 which also said that the album would be released in 2014.

In 2015 Dope played a few gigs in Russia for the first time with their original "Die MotherFucker Die" line-up and they also recorded their very first live album in Moscow. Live album, titled "Live In Moscow", was released in 2016 summer with crowdfunding process via their website where all the people who pre-ordered the live album could f.ex. have their name on its live albums liner notes and also could make the thermometer grow with their shopping at their band website. Thermometer had different types of goals like releasing live dvd and going to U.K. and Europe for a tour.

After releasing Dope's first live album, band announced that they will be releasing their long awaited album "Blood Money, Part 1" in the autumn of 2016 also stating that the second part of "Blood Money" wouldn't take so long time to release as "Part 1" did.

Dope released their first tour dates in USA for a long time after releasing their live album in summer. The tour was called "Die Mother Fucker Die Reunion" it including the original line-up from the "Life" album. "Blood Money, Part 1" was released in October 28th in 2016. After releasing the record, band went to Russia and United Kingdom as a headline tour along with the "Die Mother Fucker Die Reunion" tour.

In the beginning of 2017 Dope released some more tour dates for spring 2017 with co-headliner Combichrist and support acts September Mourning and Davey Suicide.

It's been rumored that Dope will come to Europe to play some festival gigs in the summer of 2017 but nothing official yet hasn't been released.