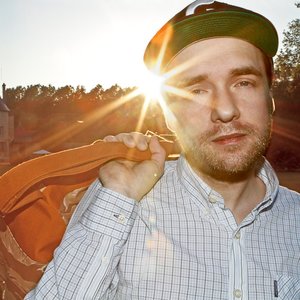 Looking back, one could be amused by the fact that Xavier Gasseman, best known as Don Rimini, first burst onto the scene with a track titled Let Me Back Up ā€“ rather ironic coming from a guy who hasnā€™t lifted his finger off the fast-forward button since 2007. Four EPs, innumerable gigs, and within the last year only, 120 DJ sets spanning over 5 continents, leaving Australia, America, Japan and Europe with their head spinning and not as little as a rose on their pillow. Sets that are intense, hysterical, frantic even; truly an experience.
Don Rimini is never predictable (his vigorous take on Young MCā€™s Bust A Move for the legendary Delicious Vinyl imprint, for one) yet inevitably all over every spot youā€™d wish to see him at (breaking legs on the dancefloors of Barcelonaā€™s Sonar, I Love Techno in Gent, or Hard Fest in Los Angeles). He has accumulated remixes like as many more-than-legitimate kids (Sinden & Rye Rye, Designer Drugs, Steel Lordā€¦), and dropped his own hymns for people to feast on in clubs worldwide (2 Many DJs, A-Trak and Diplo can be counted amongst the craving predators).