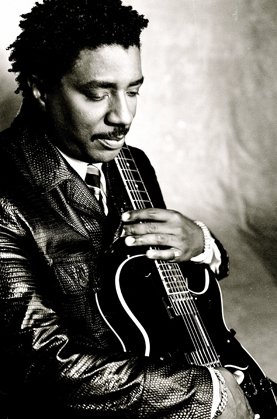 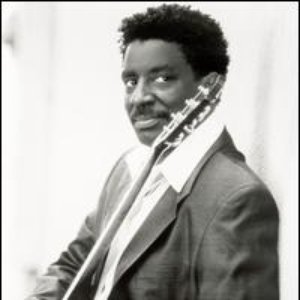 Doc Powell is an American jazz guitarist and composer. He was born and raised in Spring Valley, New York.
He has worked with Wilson Pickett, who chose him to be his musical director. He also worked in the same capacity for Luther Vandross for over a decade. He has also worked with high profile musicians including Stevie Wonder, Bob James, Grover Washington, Jr., Aretha Franklin, Quincy Jones, and Teddy Pendergrass.

Powell's debut album, Love Is Where It's At (1987), received a Grammy nomination for Best R&B Instrumental for his cover of Marvin Gaye's "What's Goin' On". His credits include work on the music for the feature films The Five Heartbeats and Down and Out in Beverly Hills.

(2) Smooth jazz guitarist/composer Doc Powell discovered his musical talent early: by the age of 6, the New York native already played guitar, and by his teens he was recording and performing live. These early performances captured the attention of many prominent musicians, including Wilson Pickett, who chose the barely-into-his 20s Powell as his musical director.

This experience led to a stint with Luther Vandross and his group, the B. B. &Q. Band, for which he also served as musical director. The group scored several R&B chart hits and made Powell a sought-after musician, working on music for projects such as The Five Heartbeats and Down & Out In Beverly Hills, as well as collaborating with artists like Aretha Franklin, Quincy Jones, Teddy Pendergrass, and Vanessa Williams. By the early '90s, Powell branched out into a solo recording career, applying his smooth, jazzy approach to albums like his 1992 debut The Doctor, 1996's Inner City Blues, and 1999's I Claim The Victory, which added gospel elements to the musical mix. In the spring of 2001 Powell released Life Changes followed by 97th and Columbus two years later. ~ Heather Phares