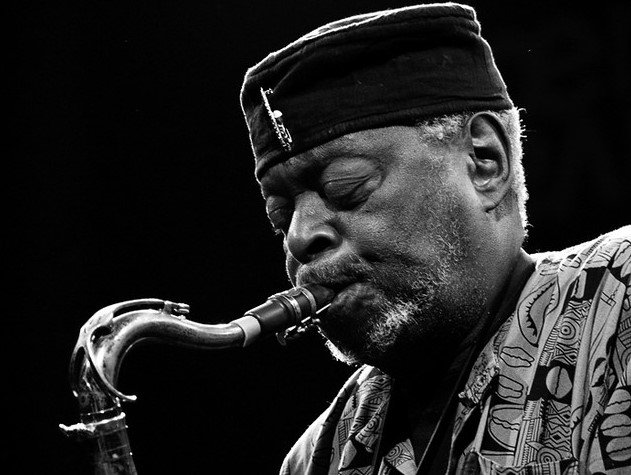 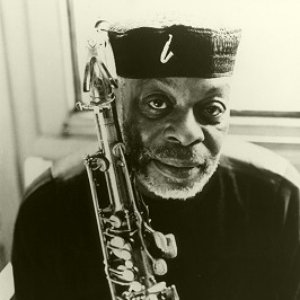 In 1967 San Francisco's tenor saxophonist Dewey Redman (1931), who had already recorded an original Look for the Black Star (january 1966) for piano-based quartet, moved to New York and joined Ornette Coleman's quartet (1967-74). While his huge tenor counterpoint to Coleman's alto was mesmerizing the audience of free-jazz, Redman penned more originals for a trio session with the Art Ensemble of Chicago's bassist Malachi Favors and Don Cherry's drummer Ed Blackwell, Tarik (october 1969), particularly Paris? Oui!, Lop-O-Lop and Related and Unrelated Vibrations. Besides featuring three of the most creative minds of the free-jazz movement, it was moody and emotional music that related even to the audience of traditional jazz. He played alto on The Ear of the Behearer (june 1973), containing the twelve-minute bluesy Boody for a sextet with trumpet, cello, bass (Sirone), drums and percussion, and then also tried his hand on clarinet and zither in the trumpet-sax quartet of Coincide (september 1974), with the ten-minute Qow. Each of these albums was exploring a broad range of moods and styles, but Musics (october 1978), for a piano-based quartet (Mark Helias on bass), with the ten-minute Need to Be and the nine-minute Unknown Tongue, leaned towards the lighter of the spectrum. Soundsigns (october 1978) was its highbrow alter ego, containing a Piece for Tenor and Two Basses (Mark Helias and Charlie Haden on the basses) and the ten-minute Come Earth for harmonica, two basses and a saw. Redman formed a quartet with pianist Charles Eubanks, bassist Mark Helias, and drummer Ed Blackwell and recorded The Struggle Continues (january 1982), perhaps his most balanced album. Capitalizing on that sound, Living on the Edge (september 1989) for a similar quartet with Geri Allen on piano delivered Boo Boodoop and the feverish Mirror Windows, still straddling the line between tradition and avantgarde. Redman introduced his son Joshua on Choices (july 1992), whose highlights are precisely their interactions: the father on musette and the son on tenor in the 14-minute O'Besso, the father on alto and the son on tenor in the nine-minute Le Clit, both on tenor in the 13-minute For Mo.