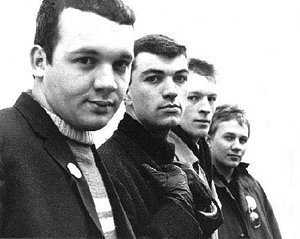 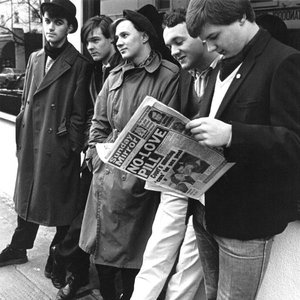 Department S are a British post-punk band formed in 1980, who took their stage name from the 1960s TV series Department S. They are best known for their debut single, "Is Vic There?".

Department S evolved from a previous punk/ska combo, Guns For Hire, fronted by Vaughn Toulouse and also featuring former Madness drummer John Hasler. Mike Herbage joined them on guitar and wrote Guns For Hire's only single - "I'm Gonna Rough My Girlfriend's Boyfriend Up Tonight" - which emerged on the Korova record label. The group then became Department S, with the addition of Eddie Roxy (later replaced by Mark Taylor) and Stuart Mizon.

They debuted at the Rock Garden, London, on 24 September 1980. Demon Records subsequently released their debut single, "Is Vic There?", in December 1980 (re-issued on RCA a few months later - The single then began to climb the charts and the band appeared on Top of the Pops).

Vaughn Toulouse died in 1991 from an AIDS related illness.

In February 2007, Department S recorded their first new single for twenty six years, a cover version of Alvin Stardust's 1973 hit "My Coo-Ca-Choo". It was released on Sartorial Records in October, and included a guest appearance by Mark Bedford of Madness on bass guitar. A re-recording of "Is Vic There?" and new tracks "Wonderful Day" "God Squad Saviour" and "Outside" were also recorded, and included contributions from Glen Matlock, Marco Pirroni, Michelle Brigandage of Brigandage, Susie Honeyman of The Mekons, with John Keeble of Spandau Ballet contributing drums to the latter two tracks. Concert dates were planned for September 2008, but were postponed until 2010.

In February 2010, the band made their live comeback at London's 100 Club, with more gigs undertaken throughout 2010. Appearances at the Rebellion Festival and Sinners Day Festival in Belgium were amongst live highlights. June 2011 saw the single release of "God Squad Saviour" b/w "Slave" released in June, followed by the live album, Mr Nutley's Strange Delusionarium. Both were issued by Sartorial Records. The band is currently finalizing a studio album, 'The Constructavists Nightmare', which will be made up of new material.