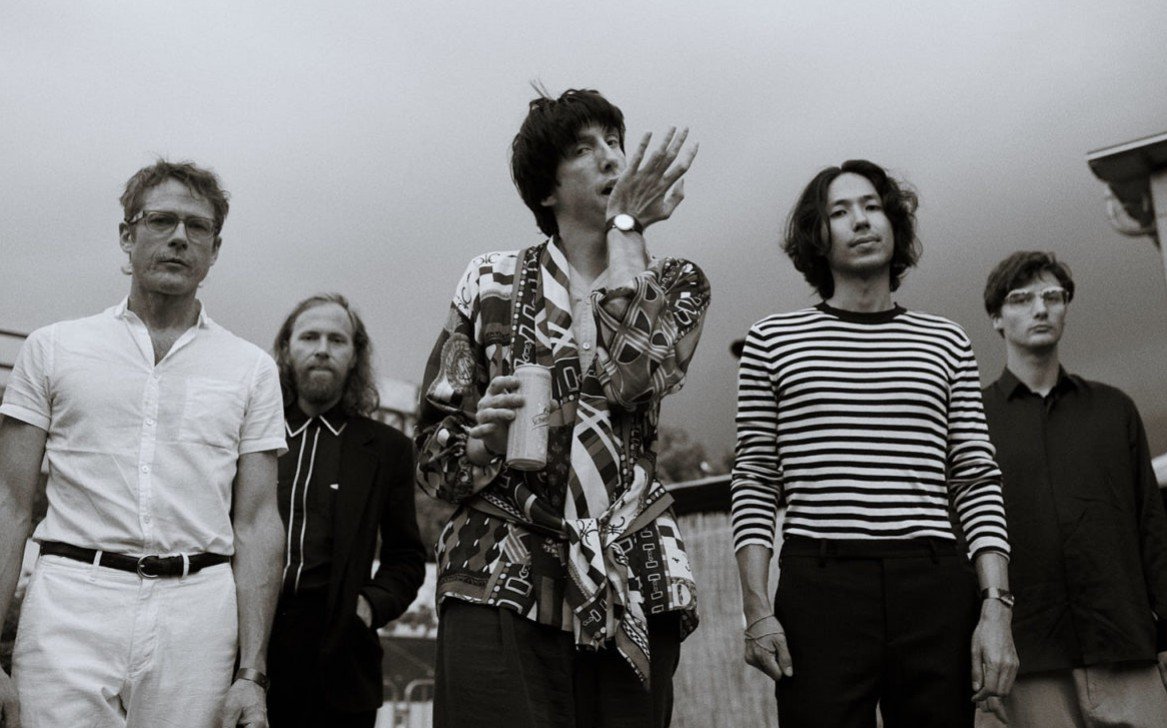 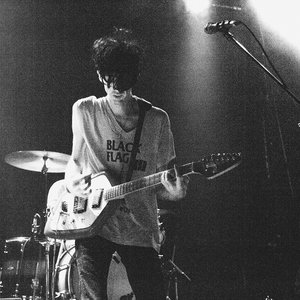 The group began with the ambition of fusing the lulling hypnotic states induced by ambient and minimalist music with the klang and propulsion of garage rock. The band has weathered chaotic line-up changes and the death of a member.

Cryptograms was the second full-length offering from Deerhunter, and their first for Kranky. The album took almost two years to finish and was the product of emotional, physical, and financial strain on the group. The result is an album that finds the band shifting from discordant catharsis, and forming a sonic identity that completely expresses the place from which they have arrived. The first half of the album was recorded first unsuccessfully in 2005. These recordings were a blur at best, wordless and bordering on psychological atrophy. The sessions failed to provide anything tangible, and were racked with technical and personal problems, including out-of-tune pianos, panic attacks, and a tape machine that seemed to fail to capture the full spectrum of ambience the band was exploring.

The band returned home, having failed, and considered giving up. The idea arose to give it one last shot and exactly one year from the date of the recording of their first self-titled LP at a small studio in rural Georgia, they returned to that same studio and plugged in. The session resulted in the first half of the record which was recorded in one day and completely filled the reel of tape they brought with them. Cryptograms’ first side begins with an introduction leading to the title track, and ends with the tape literally spinning off the end of the reel in the middle of a drone layered with bells and accordion (Red Ink). The second half of the record, also recorded in one day, in November of 2005, represents the band in an entirely different state. Spring Hall Convert opens with the line, “…so I woke up…” and introduces a set of focused psych-pop songs fixating on adolescence, illness, and failing connections.

On May 8, 2007, the group released the Fluorescent Grey EP, which was recorded in July 2006. This EP also garnered the title of "Best New Music" from Pitchfork Media. In the same month, the band released the Whirlyball 7" single, which was available at only one store in Atlanta, Georgia: Criminal Records. The single also acted as a ticket to a show, which featured the band along with The Carbonas, Selmanaires and The Coathangers. The single was available online for a limited time after the show due to popular demand, but only 200 copies were pressed, with 100 on black vinyl and 100 on clear vinyl.

The quartet's third album, Microcastle, came out in October of 2008 after being leaked accidentally in May. The physical release was accompanied by an album entitled Weird Era Cont.. They were both well-received, scoring a 9.2 and "best new music" on Pitchfork and taking the #1 slot for Tiny Mix Tapes' annual favorite albums list for 2008.

The band added guitarist Whitney Petty, a former sailor and high school friend of Cox's, to replace the departing Colin Mee in May 2008. She in turn left the band in February 2009.

The band followed up the critically acclaimed Microcastle/Weird Era Cont. set in May 2009 with an EP - Rainwater Cassette Exchange.

In September 2010, Deerhunter released Halcyon Digest on the label 4AD. The album received broad critical acclaim, including being rated #20 on the NME "50 Best Albums of 2010." Deerhunter made their US broadcast television debut on Conan, December 2, 2010, where they performed Helicopter.

Deerhunter released their sixth album, Monomania, in May 2013. It was their first album without bassist Josh Fauver, with Frankie Broyles and Josh McKay being added to the group. The Black Lips described the album as the "most punk album of the last 30 years".

On December 4, 2014 frontman Bradford Cox was seriously injured and hospitalized after being hit by a car in Atlanta. He has since described the incident as a “perspective-giving jolt” and cites the accident as a turning point for him in life. Deerhunter's seventh album, Fading Frontier, was released in October 2015. This was Cox's first musical output since the accident. The album also saw the departure of guitarist Frankie Broyles, who left the band to focus on his solo career.