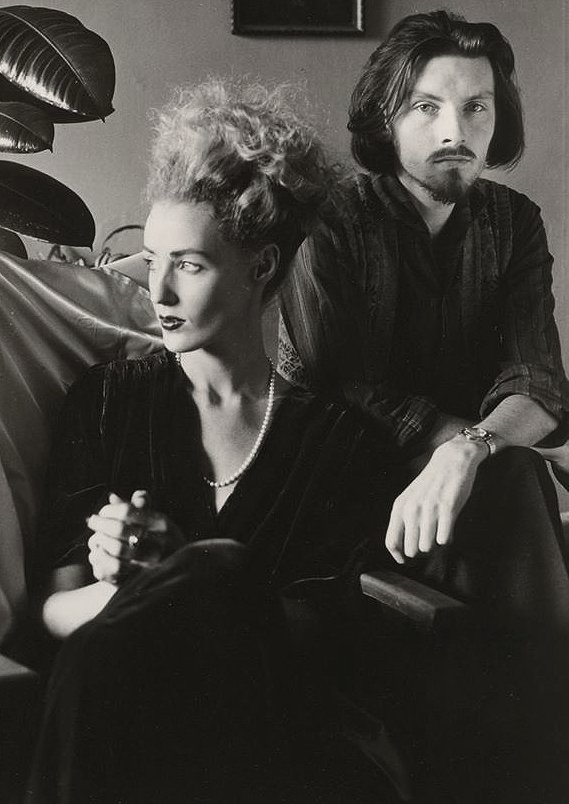 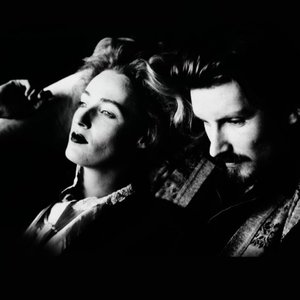 Having disbanded in 1998, they reunited briefly in 2005 for a world tour and reformed in 2011, releasing a new album (Anastasis) and embarking on several tours.

Dead Can Dance formed in Melbourne, Australia in August 1981 with Paul Erikson on bass guitar, Lisa Gerrard (ex-Microfilm) on vocals, Simon Monroe (Marching Girls) on drums and Brendan Perry (also of Marching Girls) on vocals and guitar. Gerrard and Perry were a couple who met as members of Melbourne's little band scene. In May 1982, the band left Monroe in Australia and moved to London, England, where they signed with alternative rock label 4AD. With the duo, the initial United Kingdom line-up were Paul Erikson and Peter Ulrich.

The group's debut album, Dead Can Dance, was released in February 1984. The artwork, which depicts a ritual mask from New Guinea, "provide a visual reinterpretation of the meaning of the name Dead Can Dance", set in a faux Greek typeface. The album featured "drum-driven, ambient guitar music with chanting, singing and howling", and fit in with the ethereal wave style of label mates Cocteau Twins. They followed with a four-track extended play, Garden of the Arcane Delights in August. AllMusic described their early work as "as goth as it gets" (despite the group themselves rejecting the label), while the EP saw them "plunging into a wider range of music and style".

A shift in sound followed for the Spleen and Ideal album, with more emphasis on strings, brass and drones being used. A quasi spiritual element also emerged on this album, notably on the opening tracks "De Profundis" and "Ascension". Its worth noting that around this time Lisa and Brendan had been doing tours of European Cathedrals, absorbing the ambience which in turn was reflected in the work.

The highlights of the bands career followed with the genre defining album Within The Realm of a Dying Sun, featuring fan favorite "Cantara", which is where the bands Arabic and World music influences began to appear, and the double whammy of "Summoning of the Muse" and "Persephone (The Gathering of Flowers)." Critics at the time were undecided about the album, mainly due to the fact that the pieces were split according to the vocals. Brendan had the first side of the album, where Lisa took over for the latter half.

The Serpent's Egg was the next album and built on the premise set by the previous album, although the album is slightly uneven in quality and a short listen at around 40 minutes. The album is redeemed by the opening and closing pieces "The Host of Seraphim", and Perry's epic "Ullyses".

For the next album Aion, the band slipped back several centuries and recreated working medieval instruments such as the Sackbut, Viol and Hurdy Gurdy for the distinctly Medieval flavor. Included on the album is "Song of the sibyl" a text from 14th century Spain and now a live favorite. Another text appears in the song "Fortune Presents Gifts Not According To The Book".

Into the Labyrinth was the follow up album and was the album that saw Brendan mastering the use of samples and synthesizers and also the album that brought the band's music to American audiences selling over a million copies worldwide. The track "The Ubiquitous Mr Lovegrove" was played across on college radio and was instrumental in the albums success.

Spiritchaser was the seventh studio album for the band and brought about an abrupt upturn in musical style, instead of drawing on the historical past the band drew upon South American and African influences which gave the album a very rhythmic ambience. Considered by some to be the bands weakest album, it features highlights such as the percussive "Nierika" which was the most played track on American college radio for that year, and the epic 9 minute trance inducing "Indus".

A 3 CD retrospective simply called 1981-1998 was issued by 4AD and compiled a comprehensive overview of the bands career, and provided diehard fans with the only finished track from the Spiritchaser follow-up sessions called "The Lotus Eaters".

As a live band is probably where Dead Can Dance have gained their reputation. To put it simply, they were phenomenal. The concerts often featured many improvised pieces that to date have never been recorded in the studio. A live album entitled Toward the Within was released in 1994 and allowed fans unfortunate enough to have not attended concerts the chance to hear a few of these songs. A companion video/DVD of the concert was also released allowing people to see these highly ethereal concerts.

After Dead Can Dance ceased to be a functioning band both Perry and Gerrard embarked upon solo careers. To date, Brendan has released one solo album The Eye of the Hunter and has completed work on a new album, 'Ark', to be released in June 2010, whilst Lisa has been more prolific but with mixed results, releasing two solo albums The Mirror Pool and The Silver Tree. Lisa has also collaborated with other artists, namely Pieter Bourke of the band Soma and Irish composer Patrick Cassidy on the respective albums Duality and Immortal Memory. Lisa has also become a sought after soundtrack artist too after a wave of publicity for the Ridley Scott film Gladiator and continues to release work on a regular basis including soundtrack work on Ali, Layer Cake, and Whale Rider. Peter Ulrich, former percussionist of the band has also released two solo albums, Pathways and Dawns and more recently, Enter the Mysterium.

A series of 31 reunion concerts took place in 2005 in both Europe and North America including two memorable sell out concerts at The Hollywood Bowl and Radio City accompanied by 40 piece orchestras. Many of these concerts were professionally recorded and released as a double CD.

In late 2011, the band announced a reunion World Tour, in order to promote their new album, fittingly titled Anastasis, as it was released on August 9, 2012, 16 years after the group's previous album. Anastasis was well received by critics and is also the first album of the band not released by 4AD Records.

The name "Dead Can Dance" is often misleading. Although this group is quite popular among the goth sub-culture with the name appearing to be inspired by the Danse macabre allegory, it should instead be interpreted as 'giving life to something that was previously inanimate' as Perry said:

"The album artwork , a ritual mask from New Guinea, attempted to provide a visual reintrepretation of the meaning of the name "Dead Can Dance." The mask, though once a living part of a tree is dead; nevertheless it has, through the artistry of its maker, been imbued with a life force of its own. To understand why we chose the name, think of the transformation of inanimacy to animacy…. Think of the processes concerning life from death and death into life. So many people missed the inherent symbolism, and assumed that we must be 'morbid gothic types,' a mistake we deplored and deplore…".