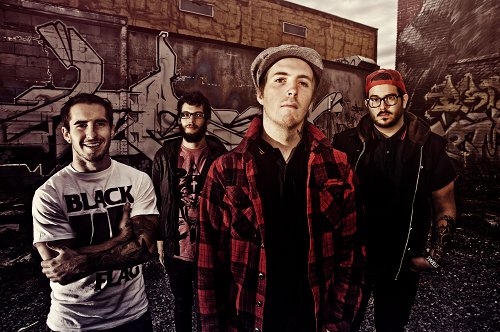 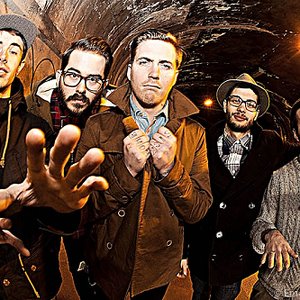 D&D’s debut EP titled “What Really Happened at Lover’s Lane” was released independently in late 2005 and broke the Billboard Top 200 – quite the accomplishment for a band only ranging in age from 16 to 18 years old. The DIY metal prodigies set off on an independently booked cross-Canada tour the following summer.

In the beginning of 2007, Dead and Divine took time off touring to begin work on their first full-length album “The Fanciful”. Locking themselves in their rehearsal space for hours on end, they started writing new songs, emerging only to hit the road once again. The band toured non-stop across Canada and in U.S. over the course of 10 months, amassing a rabid fanbase, and over 3 million plays on Myspace – a rite of passage typically reserved for seemingly bigger acts. Taking a well-deserved break, D&D completed pre-production and headed to Portland, Oregon with producer Kris Crummet (Drop Dead Gorgeous, Fear Before) in December 2007.

The growing buzz generated by the band's live performance soon landed them shows sharing the stage with the likes of Alexisonfire, August Burns Red, Cancer Bats, Darkest Hour, Dillinger Escape Plan, Hopesfall, Misery Signals, Poison The Well, Protest The Hero, Silverstein and Throwdown. In the midst of writing their current album, D&D contacted Greg Below at Distort (Alexisonfire, Cancer Bats) who immediately recognized the band’s talent and potential and signed them to the label.

In 2011 Dead and Divine released their third full-length studio album 'Antimacy' through Distort Records. The released a video for the lead track Asphyxia Fiend.
On April 22, 2012 Dead and Divine released a statement announcing their breakup after ten years as a band. The release indicated that the breakup was mutual and amicable. They also announced one final show in their hometown of Burlington, ON on May 5, 2012. The release also indicated the possibility of new musical projects in the immediate future.