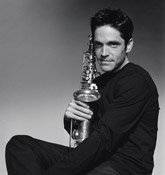 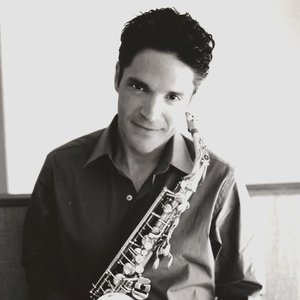 Koz often draws comparisons to another well-known saxophonist, David Sanborn. Because the two sound almost alike, Koz is sometimes billed as the second coming of Sanborn.

Koz graduated from UCLA with a degree in mass communications in 1986 and started into his musical career almost immediately afterwards playing for crooner Bobby Caldwell. For the rest of the 1980s, Koz served as a session musician in several bands, toured with artists such as Richard Marx, and played in the house band on Arsenio Hall's late-night talk show.

In 1990, Koz decided to pursue a solo career. The move proved to be successful, and his self-titled album earned high praise from critics and fans alike. His later albums include Lucky Man, The Dance, and Saxophonic. Saxophonic was nominated for both a Grammy and an NAACP Image Award.

In 1994, Koz began hosting a syndicated radio program, "The Dave Koz Radio Show" (formerly "Personal Notes"), featuring the latest music and interviews with who's who in the genre. He is currently co-host of the morning show on 94.7 The Wave, a smooth jazz station in Los Angeles.

In 2002, Koz started a record label, Rendezvous Entertainment, with Frank Cody and Hyman Katz. One of the first albums from that label was Golden Slumbers: A Father's Lullaby, which came at the time his brother Jeff became a father for the first time.

Koz also performed "Faces of the Heart", which served as the theme song on the ABC hit soap General Hospital from 1993 to 2004.

Koz came out publicly as a gay man in an April 2004 interview with The Advocate magazine. Later the same year, he was named by People magazine as one of their "50 Hottest Bachelors" in their June issue.

In 2006, Koz was selected to host a syndicated afternoon show for Broadcast Architecture's new Smooth Jazz Network. The show, based in Los Angeles, will be broadcast on other Smooth Jazz stations across the country. Koz and Ramsey Lewis will become the only two Smooth Jazz personalities to host two different syndicated shows during the week.