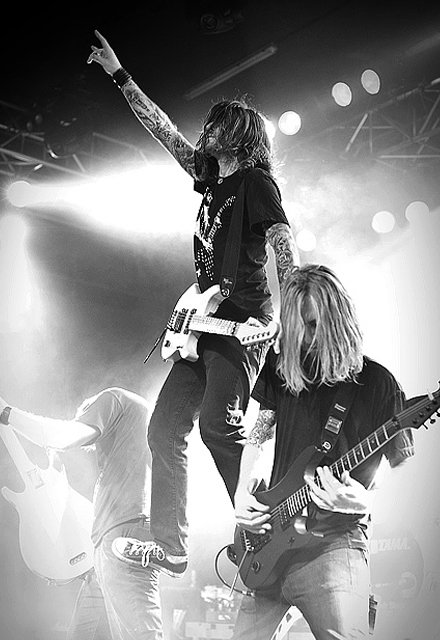 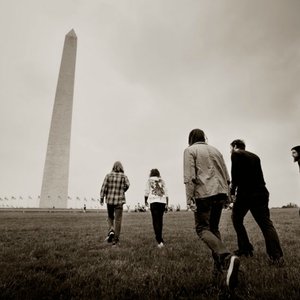 Darkest Hour is a melodic death metal band currently signed to Southern Lord. The band is officially based in Washington, DC, but several of the members live in Richmond, Virginia. Their sound is akin to classic European metal acts such as At the Gates and In Flames. Over the years they have toured with many influential acts, including The Crown, Zao, The Dillinger Escape Plan, Thrice, and Soilwork. They also played 2004's Ozzfest.

The band released its first EP titled The Misanthrope in 1996 on a local label called Death Truck Records. In 1996, Darkest Hour cut a single titled "Paths of Despair" for East Coast Empire Records' The Harder They Come compilation. The song proceeds at a slower, grueling tempo in comparison to the up-beat tempo the band would come to be known for. In 1999, Darkest Hour released another EP titled The Prophecy Fulfilled on another label called Art Monk Construction.
The Mark of the Judas and So Sedated, So Secure (2000−2002)

The addition of second guitarist Fred Ziomek, bassist Billups Allen and drummer Ryan Parrish saw the band release their first full-length LP The Mark of the Judas in 2000, on the now-defunct M.I.A. Records.

The Mark of the Judas was not widely promoted or distributed due to M.I.A. Records going out of business not long after the album's release.

Despite the fact Darkest Hour were left without a label, the band garnered enough exposure to catch the attention of Victory Records. Their Victory debut So Sedated, So Secure was released on August 7, 2001. After the release of the album, Billups was replaced by Paul Burnette and Ziomek left the band. The album was re-issued by Victory on March 7, 2006, and featured new artwork, re-mixed audio, re-recorded vocals and additional tracks.

The band continued to tour with Schleibaum's longtime friend Mike Garrity, filling in on lead guitar duties. Eventually, they accepted Parrish's old friend, Kris Norris as the new lead guitarist, and then began to write their next record.

While Garrity was the guitarist, the band was arrested and jailed in Roland, Oklahoma for alleged marijuana charges, also for "illegally imported" beer and for an open beer can. They were fined $6000; Schleibaum was able to pay for himself, Burnette, and Garrity. Ryan and John had to stay for a couple of hours while the rest of the band had to get money to bail them out.
Hidden Hands of a Sadist Nation and Undoing Ruin (2003−2006)

Their third release Hidden Hands of a Sadist Nation was released on May 20, 2003. Produced by well-renowned Swedish record producer Fredrik Nordström. The album gained strong mainstream attention, to the point where they were asked to participate at Ozzfest 2004. Notably, the album contained political lyrics, with several songs criticizing American militarism post-September 11. The album was re-issued by Victory on July 13, 2004, with a bonus song and an additional DVD containing bonus material.

Darkest Hour released their fourth full-length LP Undoing Ruin on June 28, 2005. The album was produced by Devin Townsend (Strapping Young Lad) at Greenhouse Studios in Vancouver. The album was the band's first to enter the Billboard 200 charts, debuting at #138 with first week sales of 8,484.

In the 2005 documentary Metal: A Headbanger's Journey, Darkest Hour and a number of other bands including Shadows Fall, Lamb of God, Chimaira, Killswitch Engage, Unearth, and God Forbid are all listed under the category "New Wave of American Metal" in the "metal genealogy chart".
Deliver Us (2007−2008)

In early 2007, the band was in Vancouver to work on their next record with Townsend. On March 7, 2007, Victory Records issued a press statement confirming the title of the album was Deliver Us; it was released on July 10.

In April 2008, Darkest Hour created a Washington Capitals fight song and a MySpace tribute page in support of the Capitals 2008 Stanley Cup playoffs run. The song "1,000 Words to Say but One" was re-recorded with new lyrics and new solos into "Let's Go Caps!"

In September 2008, it was reported on Blabbermouth.net that Kris Norris had left the band and would be pursuing producing routes and possibly a new band. Not long after Kris Norris' departure, they found replacement Mike "Lonestar" Carrigan. With Lonestar officially on board the band is heading back into the studio to write & record with Producer Brian McTernan of Baltimore's Salad Days Studio.

In March 2009, Darkest Hour began to record the new album, The Eternal Return, just before co-headlining (along with Bleeding Through) the Thrash and Burn European Tour 2009 in April and May. The Eternal Return was released on June 23, 2009, two weeks later than originally announced. Darkest Hour then went on to play the 2009 Summer Slaughter Tour. They supported Trivium for the first leg of the North American Into the Mouth of Hell We Tour.

In February 2010, Darkest Hour announced a new tour with Dillinger Escape Plan, Iwrestledabearonce, and Animals as Leaders.
Signing to E1 and The Human Romance (2010–present)

In April 2010, Darkest Hour announced their signing to E1 Music after having been with Victory Records for a decade. The new album will be produced by Soilwork guitarist Peter Wichers, who helped pioneer Swedish melodic death metal and was a major influence on Darkest Hour. In an August press release, the band described the new material as "the most emotional and melodic Darkest Hour album to date" and also said it "shares in that aggression and pushes Darkest Hour beyond the unknown."

In a new Metal Injection interview, Darkest Hour members Mike Schleibaum and Ryan Parrish revealed that the new record will be titled The Human Romance, and it will be released on February 22, 2011.

On January 13, 2011, A new song entitled "Savor the Kill" was released on Noisecreep

As of the year 2011, it has been discovered that Darkest Hour seems to find a strange satisfaction and enjoyment from canceling their Arizona tour dates.

While on tour with Machine Head in 2011 Ryan Parrish left the band and has been replaced by Tim Java (he isn't yet part of the official line - up yet).