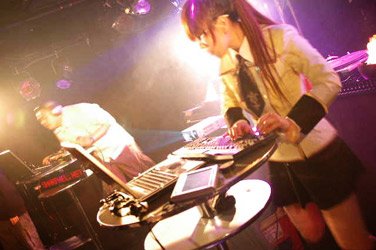 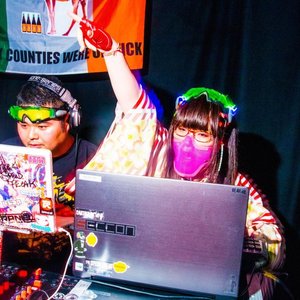 Despite the name implying a one-man band, DJ Sharpnel is the collective alias for Japanese electronic artists DJ Jea and Lemmy who formed in 2000. Via their independent label Sharpnel Sound, they release CD albums consisting of their own speedcore, happy hardcore, and trance works as well as guest tracks from acquaintances of the group, such as DJ Chucky, m1dy, and M-Project.

The style of DJ Sharpnel's music differs from a lot of speedcore artists in that its aggressive undertones are often brightened up with happy sped-up Japanese popular music (J-pop) or spoken voice samples from various anime. These are also often fused with more Western influences, such as sampled rapping from US hip-hop music.

Aside from their prolific discography on the Sharpnel Sound label, DJ Sharpnel have also provided tracks for other Japanese labels such as Maddest Chickndom, Ravin Beatz Japan and Gabba Disco.