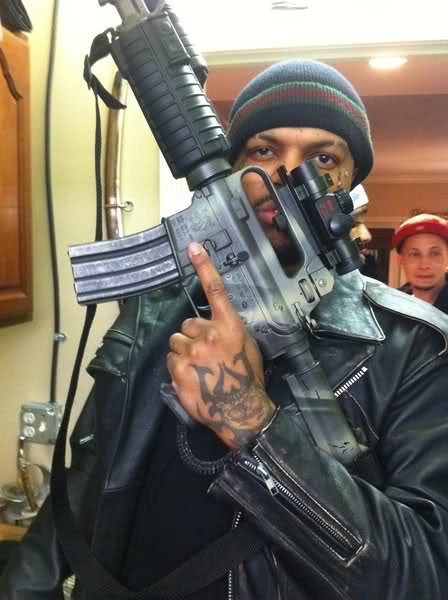 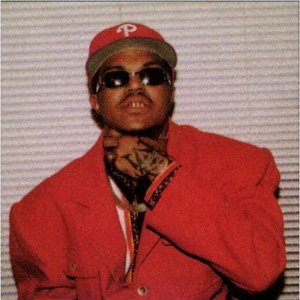 1) Paul Beauregard (born October 13, 1977) better known by his stage name DJ Paul, is an American rapper and record producer from Memphis, Tennessee. He is one half of the Memphis-based rap group Three 6 Mafia. He is also the half-brother of former Three 6 Mafia member Lord Infamous.

DJ Paul began his career as a DJ, producer, and rapper in the early 1990s. He was one-half of the duo The Serial Killaz, together with his older half-brother Lord Infamous (Ricky Dunigan). They released self-recorded tapes in their neighborhood, school, and local shops. Portrait Of A Serial Killa was their first tape, released in 1992. DJ Paul also released numerous solo mixtapes including Volume 12, Volume 12 Part 2, Volume 15 For Them Niggaz Wit Anna, and Vol. 16 For Da Summa Of '94. DJ Paul rose to prominence as one of the best DJ-producers on the south side of Memphis, and met up with DJ/artist/producer Juicy J (Jordan Houston), also garnering buzz on the North side of Memphis. They noticed they had a lot of similar interests eventually merging their sound and crew members to form the super-group The Backyard Posse (later known as Triple Six Mafia). DJ Paul and Juicy J soon began producing dark, eerie tracks driven by bass-heavy beats and haunting sounds, and invited numerous Backyard Posse members to rap over the beats with them. They released the resulting tracks locally as Triple Six Mafia; years later these recordings would resurface as re-releases.

In 1994, Triple Six Mafia released the underground album Smoked Out Loced Out. The album was laden with questionable content, such as violence, heavy drug use, and sexually explicit lyrics. Triple Six Mafia received a great response from listeners of this tape. In 1995, the loose collective changed its name to Three 6 Mafia and self-released its debut album, Mystic Stylez. The album became an underground success, and Three 6 Mafia, in turn, signed a distribution deal with Relativity for its Hypnotize Minds imprint. Throughout the late 1990s, Juicy J and DJ Paul produced numerous albums a year for Hypnotize Minds and capitalized on the lucrative distribution deal. By the end of the decade, the two producers were at the helm of an empire, having extended their brand to alarming lengths, culminating with their commercial breakthrough album, When the Smoke Clears, which debuted at number six on Billboard's album chart. DJ Paul became a great inspiration for people in the rap community. Together with production partner Juicy J, he played an important role in the South's rise to prominence within the once East-and-West Coast dominated rap industry. Behind the duo's leadership, Three 6 Mafia rose from an underground phenomenon in Memphis to a nationally recognized rap empire, spinning off numerous solo albums for the collective's many members in the mid to late 1990s. DJ Paul raps as a member of Three 6 Mafia and contributes rhymes to most of the albums he produces for such artists as Project Pat, Gangsta Boo, La Chat, and Tear Da Club Up Thugs. He won an Academy Award for Best Original Song for "It's Hard out Here for a Pimp".

DJ Paul has released 3 solo albums to date. In 2002 he re-released his successful 1994 mixtape Volume 16, replacing some of the old featured artists with new ones from Hypnotize Minds, such as Frayser Boy, Lord Infamous and La Chat. The new underground album, called "Underground Vol. 16, For Da Summa" peaked at #127 at Billboard 200. After Three 6 Mafia released their 2008 album Last 2 Walk, the group had conflicts with their label Sony about their music style, which resulted in DJ Paul and Juicy J focusing on their solo careers. In 2009 Paul released "The Weigh In" - his first mixtape since the Volume series in the early 90s. A few months later he followed up with his second solo album "Scale-A-Ton", released under Paul's newly found label Scale-A-Ton Entertainment. The album was received well by critics, earning a positive review and an "Album pick" by AllMusic. In 2010 Paul released his second mixtape "To Kill Again...The Mixtape", hosted by DJ Scream and DJ Whoo Kid. The mixtape features many upcoming and new Memphis artists such as Lion Heart, Thug Therapy, Partee and Miscellaneous. DJ Paul stated the tape was a preview to his upcoming album, also titled "To Kill Again...The Mixtape". However, it was never released. Instead, in 2011 Paul made a new collaboration mixtape with rapper Ya Boy and producer Lil Lody, called "Pray For Forgiveness", hosted by DJ Scream. A few months later Paul released a non-free No-DJ version with bonus songs. In 2012 Paul announced he was working on an experimental dub-hop EP called "A Person of Interest". Later he changed it into a full featured album, which was released on October 22. "A Person of Interest" was packed with a bonus DVD, including a self-titled short movie, music videos and behind the scenes footage. Paul released videos for a number of songs from the album, including "What I Look Like (W.I.L.L.)", "Wit Tha Shit", "Trap Back Jumpin", "E&J" and a remix of "I'm Dat Raw" with Snow Tha Product.