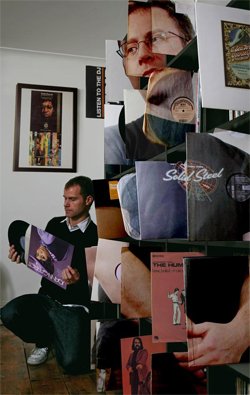 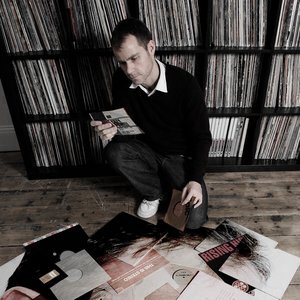 Originally produced by Coldcut on the Ninja Tune independent record label, the DJ Food project started in 1990 on the premise of providing metaphorical "food for DJs". DJ Food released the Jazz Brakes series, with Jazz Brakes Volume 3 being the most successful. The records consisted of collections of breaks, loops and samples, ideal for mixing, remixing and producing the trademark Ninja Tune blend of jazz & hip hop.

Volumes 4 and 5 of the Jazz Brakes series, co-created with DJ / producer PC transcend the breakbeat compilation format to stand as artist albums in their own right. The later DJ Food albums have developed with shades of Latin, dub, techno, ambient, and Jungle flavouring the funk.

The 1995 album, A Recipe For Disaster was a conscious move away from the Jazz Brakes volumes to form more of an identity as an artist, and a remix album of tracks from all 6 LPs, entitled Refried Food was released the following year. Their last release, Kaleidoscope, featured guest artists including Bundy K. Brown (formerly of Tortoise, Directions in Music, Pullman) and voiceover artist and jazz poet, Ken Nordine).

With a seemingly single DJ name, it is often wrongly assumed that DJ Food is single person. In fact, a whole host of DJs, producers and musicians have performed under the name, so the evolutionary nature of the DJ Food sound comes as no surprise. Matt Black and Jonathan More (aka Coldcut) were responsible for starting Jazz Brakes series in the early 90s. Along the way they met Patrick Carpenter, who, being listed on the liner notes simply by his initials, was often mistakenly thought to be a Personal computer. A loose collaborative team began to form as more like-minded people arrived at the party, including Paul Brook, Paul Rabiger, Strictly Kev and Issac Elliston.

Although keeping their hand in as DJs on the albums, Matt & Jon couldn't perform DJ sets twice in one night under both aliases of Coldcut & DJ Food, so they handed the mantle of live DJing over to PC and Strictly Kev. Later, PC became so busy with The Cinematic Orchestra that he decided to quit, at least temporarily leaving DJ Food as a Strictly Kev solo project.

In addition to The Cinematic Orchestra, PC also recorded with J. Swinscoe under the band name Neptune. Strictly Kev has recorded under the name Flexus.

Refried Food was re-released in 2003 as a double CD, with additional remixes.
DJ Mix albums
Quadraplex was recorded on the same session as Kaleidoscope and is it's accompanying EP.

* Various - Raiding The 20th Century - Words & Music Expansion (Jan 2005, Ninja Tune, Catalog No. none)
Originally aired January 18th, 2004 by Strictly Kev on XFM's The Remix show in London, Raiding the 20th Century is an attempt to catalogue the history of cut up music - be it avant garde tape manipulation, turntable megamixes or bastard pop mash ups.

Shortly after he had played it, Strictly Kev read Paul Morley's Words & Music and was amazed how certain chapters mirrored parts of his mix. Apart from the fact that the title, Raiding the 20th Century, was coined by Morley 20 years before for a future Art of Noise project, he also featured Alvin Lucier, who - purely by chance - was sampled on the opening track of the mix.

Kev thus decided to expand his idea and make it a defnitive document on cut up music, including many other parts formerly omitted by the constraints of the original radio session. After months of research, he tracked Morley down and they recorded passages from Words & Music specially for the mix in an attempt to marry the two and finish something that neither of them actually started. A year to the day of the original airing, the newly expanded version was ready, gathering 167 tracks in a 59 minutes long DJ mix.

(2) DJ Food is a collaborative project between Coldcut/Ninja Tune duo Matt Black and Jonathan More, and second-half PC (born Patrick Carpenter) and Strictly Kev (Kevin Foakes). Although the moniker originally referred only to Black and More's several-volumed series of stripped-down breaks records designed for deck use (i.e., "food" for DJs), club booking demands for the assumedly proper-named DJ Food dictated the pair make an ongoing project of it. Adding PC and Strictly to spice things up (and differentiate DJ Food from Coldcut when they played the same bill), the quartet released a series of 12" singles in various combinations starting in 1994 (including "Freedom"/"Consciousness"), with their proper debut full-length, A Recipe for Disaster, appearing the following year. The quartet also toured Europe, Canada, and America as DJ Food (mainly DJing) and regularly mashed it up side by side on Coldcut's weekly KISS FM show Solid Steel. PC and Strictly were also hired by Warp Records to compile and mix a series of releases entitled Blech, drawing from the influential experimental techno label's back catalog. More and Black continued to split their time between DJ Food and Coldcut, as well as the day-to-day operation of their immensely popular Ninja Tune and Ntone labels. DJ Food's second production album, Kaleidoscope, appeared in April of 2000 to warm reviews. A year later, the pair inaugurated a Solid Steel CD series with the mix album Now, Listen! The years that followed found More and Black contributing less thanks to their Coldcut obligations, while PC would find success with his Cinematic Orchestra project, so much so that he resigned as a full-time member. Strictly Kev revived the project in 2011 and released The Search Engine in 2012. PC would make an appearance, joining J.G. Thirlwell and The The's Matt Johnson on the album's long guest list. ~ Sean Cooper, Rovi