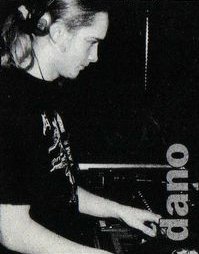 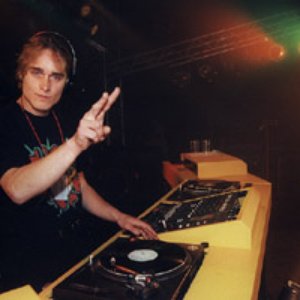 Being called god by fans is not something that happens to every DJ. Nor that people have named their new born babies after them. DJ Dano, a.k.a. Daniel Leeflang, has had these honours many times which clearly illustrates his outstanding popularity. Twenty years ago, this living legend could not have even imagined that he would grow to be one of the leading DJs in the hard dance scene.

In 1984 Dano started to DJ for several local pirated radio stations in Amsterdam. Two years later he became a journalist for a newspaper for young people, where he wrote about music and going out. One night he decided to visit the Roxy discotheque where pioneer Eddy de Clerq would be playing. Now being a great fan of The Police and Madness, Dano was very sceptical about this whole new scene called dance. Four hours later, sweaty and tired, he realised that he had be dancing non-stop. “After my experience at the Roxy, I realised that I was sold and that electronic music was my calling.” And on that night, Dano was incurably infected by the ‘acid virus’. From then on he got his own show called ‘Acid Explosion’ on a local radio station and soon after that became a resident DJ at the Mazzo club.

In 1992 the dance scene exploded on a massive scale. During a colossal house party in Utrecht, Dano performed with his colleagues Buzz Fuzz, Gizmo and the Prophet. There and then marked the birth of the legendary ‘Dreamteam’. This hardcore party was the beginning of the immense hardcore scene and in a short period of time Leeflang grew to be one of leading emperors of hardcore.

The following years are best described as a roller coaster ride at top speed that took him to all the big national and international parties; Hellraiser, Thunderdome, Mayday and Love Parade, just to name a few. This man has travelled the whole world to play his music, but recalls that the tour in Australia with the Dreamteam was without a doubt the most memorable event in that time. “The stronger friendship that was developed, the beautiful landscapes and the hysterical audiences; these are things I will never forget.”

Not only has Dano been chosen four times in a row as best hardcore DJ (which to this date no other hardcore DJ has been able to accomplish), but is also renowned for his productions. Creating tracks for labels such as Mokum, ID&T and Dreamteam Productions. This man has also made quality remixes, such as ‘T-1000’, taken from the heavy metal band Fear Factory. One of the most impressive projects in his career has been the partnership with musician/artist Herman Brood who sadly passed away in 2001. Hopefully a track will be brought out in the near future. “In 2004 I mixed a Bounzz cd and made a dvd and cd as a part of the Dreamteam compilation.”

But Dano has never lost his love for the acid side of house and has produced together with Dylan Hermelijn for Lower East Side records and in 2000, released five records for his own label TPF with KC. Dano has also worked with the likes of K.D Smith, whom together have brought out techno tracks for Q-dance and IST ( Lenny Dee’s label). With the start of Detox records, daughter of Mokum records owned by Fred Berkhout, the DJ/producer proves is diversity by making a number of fucking great productions.

After re-building himself through troubled times, the legend is still one of the world’s best hardcore DJs, even for the second generation, maybe even the third…