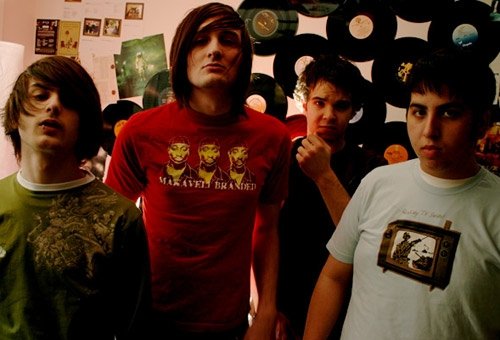 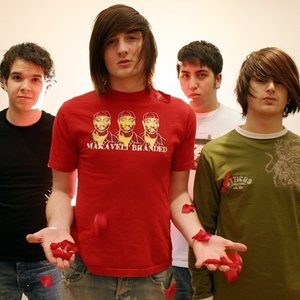 Cute Is What We Aim For

On August 18, 2009, lead singer Shaant Hacikyan announced via his Twitter account he was going solo. Dave Melillo confirmed that he and guitarist Jeff Czum had left the band. Jeff, Dave, and Mike Lasaponara went on to create a new band, Nocturnal Me.

In early 2010, it was announced that the band will continue with frontman Shaant Hacikyan as the only original member to continue, joining with former members of Mandy K.

Having paired off in other local combos – singer Shaant Hacikyan and guitarist Jeff Czum in one, old bassist Fred Cimato and drummer Tom Falcone in another – Cute Is What We Aim For came together in January 2005 in Buffalo, New York, driven by the four members' desire to cast their own upbeat spin onto modern pop.

The Cute Is What We Aim For moniker was adopted as a 'homage to a friend'. It is also said that the term "cute" was used by Shaant in high school as another word for "gay", and in a phone conversation between himself and guitarist Jeff, Shaant stated "Cute is what we aim for." in reference to picking a name, and the band decided to use that phrase. The band was productive from the get-go, cranking out a series of bedroom demo recordings just moments after uniting. They posted the tracks on MySpace and PureVolume and quickly captured the attention of the blogosphere. From the start, there was a genuine connection between Cute and the kids.

Cute's online presence allowed for widespread national exposure that once upon a time could only be garnered through full-steam-ahead touring. With songs like "Lyrical Lies" and "Finger Twist and Split" lighting up broadband connections coast-to-coast, the band were eager to establish themselves as an equally poptastic live act. In the spring of 2005, mere months after getting started, Cute won PureVolume's online Battle of the Bands competition, securing a high-profile spot at that year's Bamboozle. They spent the following months recording and playing more shows, building upon their new fanbase while simultaneously fending off the many record companies that were vying for their services. But when the call came from Fueled By Ramen, they knew that they'd found the right home.

The band signed onto the Fueled By Ramen roster in November and quickly began getting ready to record their debut album. In February 2006, they packed their gear into the van and headed down to Beltsville, Maryland to work with producer Matt Squire. Squire, known for his work with such bands as Panic! At the Disco and Thrice, helped the band focus their energies, direct their efforts, and encourage them to fully find their own voice in the studio.

The resulting The Same Old Blood Rush With a New Touch more than fulfills Cute's mission to mesh jubilant tunefulness with savvy verbal gymnastics. Among the album's many highlights is the first single, "There's a Class for This," which features guest vocals from William Beckett from The Academy Is.. and on stage Martin Johnson from Boys Like Girls.

Since finishing the record, Cute has begun playing more and more live shows, including headline dates and tours alongside such artists as Punchline and Jack's Mannequin.

Bassist Fred Cimato left the band in October 2006. He was replaced by former October Fall member Jack Marin. However, in April 2007, it was revealed that Marin had left the band and Cimato had returned in order to replace him.

In early 2008, Cimato once again left the band, and solo artist and old Dave Melillo officially joined as his replacement. Melillo had been playing with the band for a while as an extra rhythm guitarist, but is now an official member.

On September 2nd 2008, drummer, Tom Falcone, anounced that he would be leaving the band. Many speculated because the band was on tour and Falcone had been missing for a few shows. Falcone released an offical statement via ap.net stating that "I simply left the band because the personality conflicts and daily drama made it impossible for me to live a peaceful, happy life." Also adding that "I assure you that no one came looking for me." Shaant nor any of the other members have commented on the situation. Former Roses Are Red drummer Michael Lasaponara is currently filling in on drums.

In recent news (2010) Jeff Czum was seen filling in for a guitarist during a show in Australia.