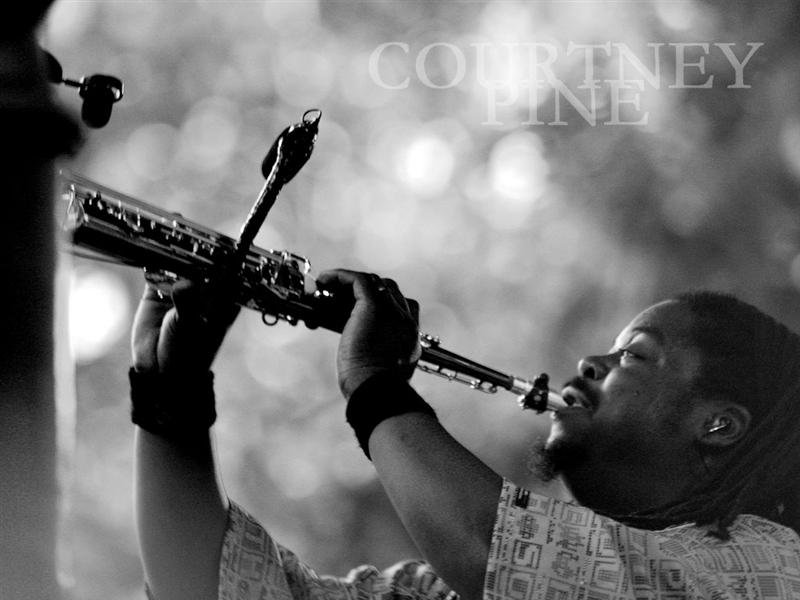 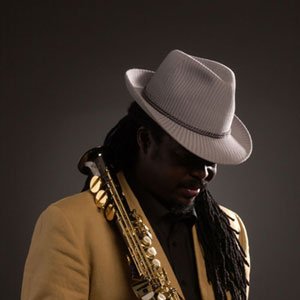 While classified as a jazz musician, Courtney Pine melds a wide variety of influences into his music. The saxophonist and clarinetist has deftly incorporated reggae, electronica, hip-hop, funk and Eastern sounds into his boundary-defying repertoire, working alongside luminaries in each genre.

Pine began performing professionally as a teenager, forming the hard-bop outfit Dwarf Steps. From there he toured and recorded with reggae artists General Saint and Clint Eastwood. Pine told Down Beat that his nontraditional, eclectic approach was largely influenced by early exposure to renegade saxophonist Sonny Rollins. "If I'd heard Charlie Parker first, I might have felt alienated," he said. "But Sonny Rollins was playing something I could understand: calypso! He was like my uncle! That sucked me into the music completely!" With Rollins and legendary saxophonist John Coltrane as influences, Pine began participating in jazz workshops with drummer John Stevens, and soon joined the jazz ensemble of Rolling Stones' drummer Charlie Watts. He went on to tour with pianist George Russell and drummers Elvin Jones and Art Blakey, and led his own small outfits, including the World's First Saxophone Posse. Pine set out to promote the work of black British jazz musicians, and formed Abibi Jazz Arts in 1986. The workshop yielded the Jazz Warriors, an all-black big band that included Pine.

Pine released his first album, Journey to the Urge Within, on the Antilles label in 1986, and it became one of the best-selling British jazz albums of all time. Pine remained with Antilles until 1992, recording four more albums for the label and establishing himself in critics' eyes as a potential heir to Coltrane. Several of his albums were produced by Delfeayo Marsalis, the son of jazz pianist Ellis Marsalis (who appeared on 1989's Vision's Tale) and the younger brother of trumpeter Wynton and saxophonist Branford. Pine demonstrated his eclectic interests in his last Antilles release, Closer to Home, a reggae-infused album featuring Jamaican reggae artists and produced by dancehall legend Gussie Clark.

Pine continued to surprise on subsequent releases and in performance as well. He guested frequently with British soul diva Mica Paris in the early 1990s and, in addition to Closer to Home, released the African- and West Indian-influenced To the Eyes of Creation on the 4th and Broadway label in 1992. Island released Eyes of Creation, a live LP, in 1995, the same year that Pine released the more orthodox jazz album Modern Day Stories on Verve. Guests on that album included pianist Gerri Allen, singer Cassandra Wilson, guitarist Mark Whitfield, trumpeter Eddie Henderson, drummer Ronnie Burrage and, giving a hint of things to come, turntablist DJ Pogo. Pine told the Toronto Sun that the recording sessions for Modern Day Stories were decidedly atypical. "These musicians know how mad I am and they sensed this project was gonna be different from others. I didn't approach it the way most people do, which is you go into the studio, you get the chart, you play and you go home," he said.

While tradition-oriented critics hoped that Modern Day Stories would mark Pine's return to jazz roots, Pine again confounded observers with his Verve release Underground in 1997, which featured a number of accomplished American jazz artists, including pianist Cyrus Chestnut, bassist Reginald Veal, and drummer Jeff Watts, but also incorporated scratching, vocals, and drum 'n' bass beats. This album was more true to his interests, Pine told the London Independent. "I played so many large halls, wearing a tie, going through the jazz changes, that I just couldn't do any more of it. I'd finish a show and then I'd go back to the hotel room and play a jungle record. It was like, there must be some way of bringing that side into what I was doing." He added that "the itch to play something my younger sister could hear and appreciate without having to know the history of jazz was important to me." Pine's live performances also came to be known as nontraditional events, with the musician's high-energy shows often requiring audience participation. A remix album, Another Story, was released on the Talkin' Loud label in 1998.

Pine assembled an impressive cadre of British jazz, hip-hop and R&B musicians, including vocalists Kele Le Roc, Beverly Knight, and Eska Mtungwezi, bassist Gary Crosby, guitarist Tony Remi, and rapper MC Mello, for 2000's Verve release Back in the Day. "I'm signed to an American label and I've been recording with American musicians for a long time but I've been touring with a great British band and I have absolute confidence in them. So why not record them?," Pine remarked on Verve's website. "I think this album is important because it's an opportunity for me to present new players to people who don't know my music." While critics may still not have known what to make of Pine's sound, the Queen of England was evidently impressed. Pine was named an officer of the Order of the British Empire on New Year's Eve in 2000.

Pine released Devotion on the Telarc label in 2004. He plays a wide variety of instruments and also programs loops on the album, which features a broad tableaux of styles and revisits Pine's interest in Eastern sounds. Included are such artists as members of Transglobal Underground and Young Disciples, as well as tabla luminary Yousuf Ali Khan. Pine told the Verve website that his mission is to redefine notions of jazz. "It's not just about playing the saxophone anymore," he remarked. "Critics wanted to present me as a student of Rollins and Coltrane but it goes beyond the saxophone. If somebody's telling you that you can't step outside the jazz room then that's wrong. I feel I come from outside the jazz room anyway. What gives me a buzz is when somebody hears my music and hears the different elements at play and says 'I didn't know jazz was like that.'"