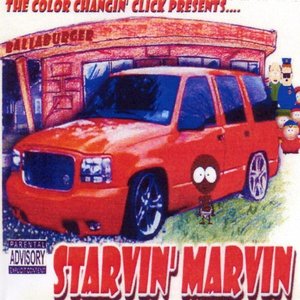 The pair signed with Paid in Full Entertainment, a record label owned by the Madd Hatta, and released Get Ya Mind Correct in 2002. It was an instant hit in Houston, selling over 200,000 copies independently and getting nominated by the Source as one of the finalists for the indie album of the year in 2002.

However, disputes over money and artistic direction led to friction between Paul and Cham. They were set to release their second album, Controversy Sells, but the lingering issues led the group to split before the album saw the light of day. Controversy Sells did eventually get released in 2004. Paul decided to return to Swishahouse, while Cham started his own label, Chamillitary Entertainment. His younger brother Rasaq, Yung Ro, 50/50 Twin, and OG Ron C are signed to the label.

Paul and Cham's relationship was further strained by Paul's friendship with Mike Jones. Cham claims that Jones was saying foul things behind his back while being cool with him in person. For Cham's part, he says that he doesn't know if a reconciliation with Paul is forthcoming, stating that they have both grown into different people (although he left the possibility open), but he wants nothing to do with Jones.