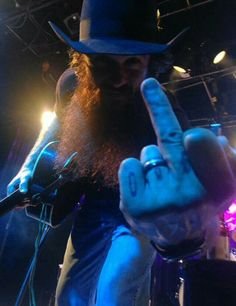 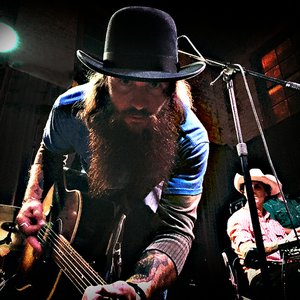 Cody Jinks is an outlaw country music singer and songwriter. His 2016 album, I'm Not the Devil, reached #4 on the Billboard Country Albums chart, while his 2018 album, Lifers, reached #2 on the same chart.

Jinks is a native of Haltom City in Fort Worth, Texas, and attended Haltom High School. He started learning to play a few country music riffs on the guitar from his father when he was 16, but soon formed a heavy metal band.

Jinks started out as the lead singer of a thrash metal band from Fort Worth named Unchecked Aggression, initially named Silas, that was active from 1998 to 2003. He also played the lead guitar; the other band members were Gary Burkham on bass who left in 2000 and was replaced by Chris Lewis, Anthony Walker on drums, and Ben Heffley on guitar. They were influenced by Metallica and Pantera. An album, The Massacre Begins was released in 2002. Songs they recorded included "Hell Razor" and "Kill Me Again". The band however broke up after a trip to Los Angeles, and Jinks took a year off from music. In around 2005, he started playing country music, the music he grew up with.

The album was recorded at the Sonic Ranch in Tornillo, Texas, and the album title was named after a small adobe room they recorded the album in. It was released in January 2015 and charted in Billboard's regional Heatseekers charts – #2 on Heatseekers South Central and #8 on Heatseekers Mountain. Jinks toured in support of Adobe Sessions as an opener for Sturgill Simpson in 2015.

I'm Not the Devil was released on August 12, 2016. The album was recorded at the Sonic Ranch in Tornillo, Texas. It includes a cover of Merle Haggard's "The Way I Am". The title track was written with Ward Davis; the album was almost finished and the album title had already been decided, but it was retitled with the name of the song they wrote. The album debuted at #4 on the Top Country Albums chart, selling 11,300 copies in the first week. Jinks supported I'm Not the Devil with a co-headlining tour with Whitey Morgan and the 78's in August, September, and October. The album was rated one of the best country albums of 2016 by Rolling Stone.

Jinks released a cover of Pink Floyd's hit song "Wish You Were Here" in January 2017. He also re-released a remixed and remastered version of his 2010 album Less Wise, as Less Wise Modified 2017, with three bonus tracks included.

Jinks released the album Lifers on July 27, 2018, via Rounder Records. It was preceded by the lead single "Must Be the Whiskey", which was released on June 15, 2018.

On October 11, 2019, Jinks released the album After the Fire. The album was independently produced and released by his own label, Late August Records, marking a departure from Rounder Records, with whom he produced 2018's Lifers. The album was preceded by two singles, "Ain't a Train" and "Think Like You Think". Jinks also promoted the song "William and Wanda", which was written about his late grandparents. For the week of October 26, 2019, the album was #2 on the Billboard Top Country Albums chart.

One week later, October 18, 2019, Jinks released a second album, The Wanting. Similar to After the Fire, the album was independently produced. It was preceded by two singles, "Same Kind of Crazy as Me" and "Which One I Feed".