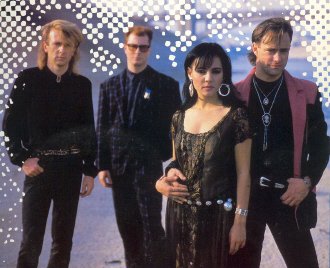 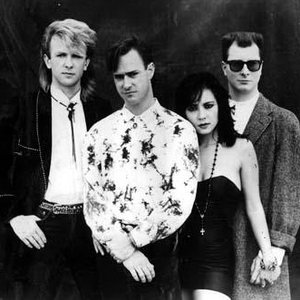 Their first album was released in 1985. It was very successful in Europe, particularly in France. The album included the two hits "When Your Heart Is Weak" and "The Promise You Made".

In 1987, the second album, "After Here Through Midland", was released. Including the hit "Just Around The Corner", it was a success as well.

1989 saw the release of the third album, "First Love Last Rites", which included the hit "Worlds Apart". Unfortunately the band split up a few time after.

During its short career, the band toured in a few European countries and achieved great popularity with its romantic songs.

The band was reformed in 2006, releasing the fourth album "I Don't Want To Save The World", much to the joy of a loyal following of fans. In the meantime, Peter Kingsbery had achieved a solo career, releasing 4 albums that failed to garner much attention, even in France.

In 2009, the band is coming back with a new album, a live recording of the 2006 Chalons-en-Champagne concert, and a tour in France, the Netherlands and Switzerland.

Top Tracks
1) The Promise You Made
2) Just Around the Corner
3) When Your Heart Is Weak
4) Thought You Were on My Side
5) Just Around The Corner - European Edit
6) The Biggest Fool of All
7) Worlds Apart
8) El Norte
9) A Little Innocence
10) Thought You Were On My Side - Extended Remix/European
11) Peace on Earth
12) Hunting Down a Killer
13) Because It Keeps on Working
14) It's Only Make Believe
15) Coward's Courage
16) After Here Through Midland
17) Another Story
18) I'll Send Them Your Way
19) Straighter Line
20) Just When You're Having Fun
21) Any More Than I Could Understand
22) For Experience Sake
23) The Part That I Miss
24) Have You Any Sympathy?
25) Stumble and Fall