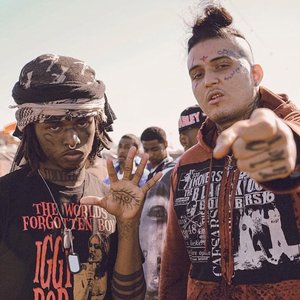 City Morgue is a trap metal duo that consists of ZillaKami and SosMula, two rappers hailing from New York. They are known for their distinctive style: grills, bandanas and ripped jeans with patches, with loud harsh vocal performances and heavy, droning production. They describe themselves as a rap, hardcore and punk hybrid.

They released their debut mixtape, "City Morgue Vol 1: Hell or High Water" on the 12th of October, 2018. Shortly before this they released the small EP "Be Patient."