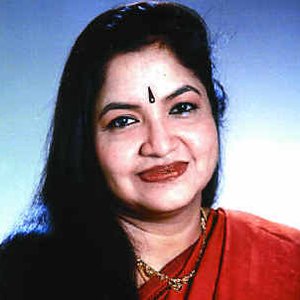 K.S. Chithra is a playback singer in Indian movies, mainly Tamil, Malayalam, Telugu, Kannada, Oriya, Hindi, Assamese and Bengali movies.
Born on July 27, 1963, in Thiruvananthapuram (Trivandrum), Kerala, into a family of musicians, Chithra’s talent was recognized and nurtured from an early age by her father, the late Krishnan Nair. He was also her first guru (teacher). Chithra received her extensive training in Carnatic music from Dr. K. Omanakutty, after she was selected for the National Talent Search Scholarship from the Central Government from 1978 – 1984. She was introduced to Malayalam playback singing by M. G. Radhakrishnan in 1979. She made her debut in the Tamil film industry in Chennai under the guidance of film music composer Ilaiyaraaja. Her knowledge of South Indian languages and Hindi enables her to render songs with originality and perfection.
Chithra has performed all over India, Middle East, Singapore, Malaysia, UK, France, U.S.A., Canada, Australia, Sri Lanka, Western European countries like Germany, Switzerland, Norway and Denmark.