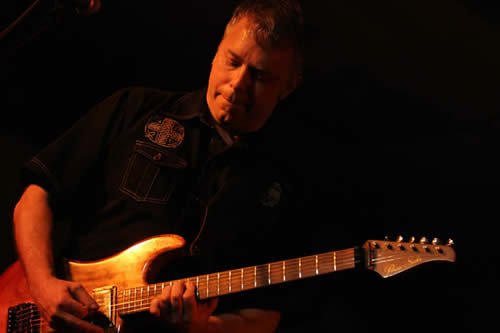 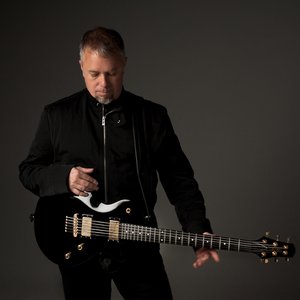 Chieli Minucci was born and raised in NYC. Son of Catherine & Ulpio Minucci (a concert pianist/composer, who wrote the 50s hit, Domani (Julius LaRosa), A Thousand Thoughts of You, and Felicia (both Nat King Cole). Chieli grew up in Queens, NY, where he still resides today. He began music early on, studying classical piano from the age of 5, and eventually switched over to guitar at 8. He was continually surrounded by the sound of music, through his father's piano playing, and composing, which was to play a key role in his musical future as a writer himself.

At age 13 he joined neighborhood friends to form the band, Taurus, which stayed together for about 3 years. Chieli did a great deal of performing and traveling with this band, performing regularly on the Italian Line Cruise ships during Christmas and Easter school holidays, as well as countless school dances and parties, as well as local bars. It was during these teen years that he developed his love for performing, writing, singing, and traveling, all through music.

He attended Ithaca College in upstate NY, where he initially majored in music, studying classical guitar, but eventually settled in as an English major. He continued studying music theory, history, solfeggio, composition, and big band arranging, as well as joining various local groups: Amethyst, a folk/pop trio; The New Band, his first foray into fusion-jazz/rock; Fast Food, a new wave vocal/rock group; Colombo, a Brazilian trio; and finally, a long stint in Gumbo, an original instrumental/fusion rock quartet. The college life gave Chieli an opportunity to be a part of many diverse musical situations, which was key in his future as a composer/guitarist.

Following college he returned to NYC, studying composition privately with Nicolas Flagello. From ages 23 through 25 Minucci worked with many acts: The Commotion, Fran Eckhart, China Davis Band, Sapho, as well as continuing to write his own music, in particular, pop vocal music, for which he teamed up with lyricists Bobby Matthews and Norman Simon. He performed in various groups, including a two-year stint with Eartha Kitt, and eventually The B.B. & Q. Band (Capital), as well as a brief run with the Lou Reed Band, which featured the rhythm section of Fernando Saunders on bass, as well as J.T. Lewis on drums. (soon to become the first rhythm section lineup of Special EFX). Chieli performed at the original Farm Aid concert with Lou Reed as well. It was during this period that he met Hungarian drummer/percussionist, George Jinda.

Soon after meeting George, the two musicians formed Special Delivery, which landed a recording contract in 1982 with Keytone Records, in Holland. Their first LP, simply entitled, Special EFX was eventually picked up for USA distribution by GRP Records (Larry Rosen/Dave Grusin) in NYC. By 1984 Special EFX (newly renamed) had its first US release out in the stores, and the band began its present adventures in touring and performing. Since then Special EFX has recorded 17 CDs, and Chieli has recorded 6 solo CDs on his own. 'Chieli Minucci with Special EFX' is still touring regularly.