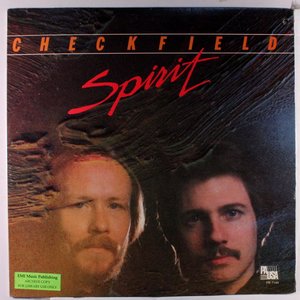 Checkfield was founded by Ron Satterfield and John Archer, who first met in 1970 at Mesa College. They reunited to work together in 1977, making home recordings and playing live locally. They released their first album, Spirit, in 1982, and then signed to American Gramaphone, who released four albums between 1986 and 1992. The most commercially successful of these was 1990's A View from the Edge, which hit #15 on the Billboard Top New Age Albums chart. They released a retrospective on the Gallery label in 1997.