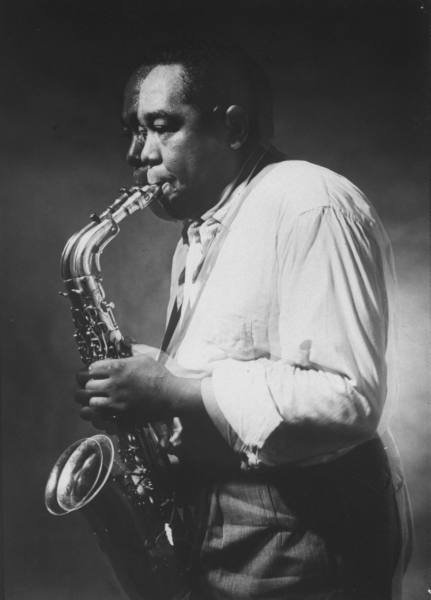 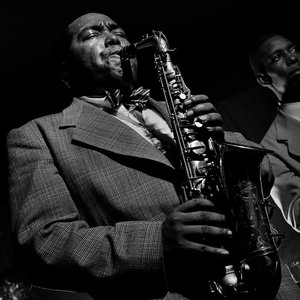 Charles Christopher "Bird" Parker, Jr (29th August 1920 – 12th March 1955) was a U.S. bebop saxophonist and composer. Early in his career Parker was dubbed Yardbird; this was later shortened to "Bird" (or sometimes "Yard") and remained Parker's nickname for the rest of his life, and inspiration for the titles of his works such as "Ornithology and Yardbird suite".

Parker is commonly considered the greatest bebop jazz musician. In terms of influence and impact, his contribution to jazz was so great that Charles Mingus commented that if Bird were alive today, he would think he was living in a hall of mirrors. Bird's talent is compared almost without argument to such legendary musicians as Louis Armstrong and Duke Ellington, and his reputation and legend as one of the best saxophonists is such that some critics say he was unsurpassed.

A founding figure of bebop, Parker's innovative approach to melody, rhythm and harmony have exerted an incalculable influence on jazz.. Several of Parker's songs have become standards of the repertoire, and innumerable musicians have studied Parker's music and absorbed elements of his style.

Parker became an icon for the Beat generation, and was a pivotal figure in the evolving conception of the jazz musician as an uncompromising artist and intellectual, rather than just a popular entertainer. At various times, Parker fused jazz with other musical styles, from classical (seeking to study with Edgard Varese and Stefan Wolpe) to Latin music (recordings with Machito), blazing paths followed later by others.

Parker was known for often showing up to performances without an instrument and borrowing someone else's at the last moment. At more than one venue he played on a plastic Grafton saxophone; later, saxophonist Ornette Coleman used this brand of plastic sax in his early career. On one particular occasion before a concert in Toronto, Canada, he had sold his saxophone to buy drugs, and at the last minute, he, Dizzy Gillespie and other members of Charlie's entourage went running around Toronto trying to find a saxophone. After scouring all the downtown pawnshops open at the time, they were only able to find a Grafton, which Parker proceeded to use at the concert that night. This concert is documented on the album Jazz at Massey Hall. The album is considered one of the greatest live recordings in Jazz history.

Parker's battles with alcoholism and heroin addiction ranged from his teenage years until his death from pneumonia and a bleeding ulcer at thirty-four. The toll that the drug had taken on his relatively young body was quite profound - a doctor examining Parker's body estimated him to be around sixty years old.

During his lifetime, tribute was paid to Parker when a new nightclub in New York was named Birdland in his honour in 1949.Three years later, George Shearing wrote "Lullaby of Birdland", which was named for both Parker and the nightclub.

Other phenomena also occurred in the United States after the death of Parker, particularly the use of the term "Bird lives" in graffiti throughout New York hours after his death, and later as the title of a contemporary art piece of the same name, created by sculptor Robert Graham in 1999. Despite its widespread use, Ted Joans is usually credited with its inception.