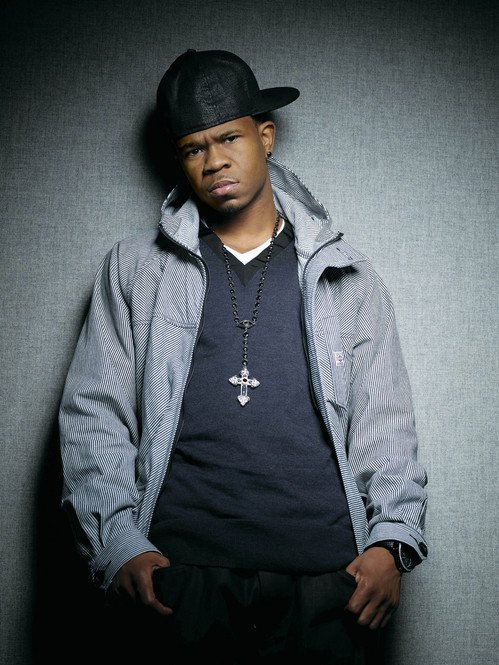 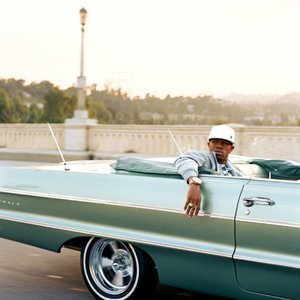 Hakeem Seriki (born November 28, 1979 in Houston, Texas) is a Grammy Award nominated rapper, member of The Color Changin' Click and founder of Chamillitary Entertainment. Better known as Chamillionaire, he also uses nicknames such as The Mixtape Messiah, King Koopa, Color Changin' Lizard, Chamillinator, Chamillitary Mayne, Major Payne and The Truth From Texas. He began rapping in 1998, releasing mixtapes and a collab album with fellow Houston rapper Paul Wall. He released his debut album, The Sound of Revenge, in 2005, and his sophmore release, Ultimate Victory, in 2007. He plans to release his yet untitled third album at the end of 2009 or early 2010.

After his parents, a Muslim father from Oyo State, Nigeria and a Christian mother from the United States, separated in his early teenage years, Chamillionaire settled into a notoriously dangerous inner-city neighborhood in North Houston called Acres Homes, which he elaborated upon during an interview with Houston's 104.9 KPTY on October 3. Rap and other forms of secular music, which his parents had highly opposed in their household, became very appealing to the young Hakeem Seriki. Inspired by local rap acts such as The Geto Boys, 8 Ball & MJG, and UGK, as well as other national acts such as N.W.A. and Public Enemy, Chamillionaire began to compose his own ponies.

At a young age, Chamillionaire along with fellow rap music artist and childhood friend Paul Wall, had decided to make music their careers. One day while promoting themselves at a Texas event, Paul Wall and Chamillionaire ran into Michael 5000 Watts, a popular mixtape DJ from the Northside. After proposing to do promotions for Watts' company, the Swishahouse, Chamillionaire and Paul Wall came to Watts' studio and convinced Watts to allow them freestyle on an intro to Watts' radio show on Houston’s 97.9 The Box. Watts, who himself was convinced to rap on the record, enjoyed the freestyle so much that he put the verses on one of his mixtapes. The freestyle became so popular in the streets that Chamillionaire and Paul Wall became regular staples on Houston's mixtape circuit, appeared on several of Watts' mixtapes, and became permanent members of Swishahouse.

Although Paul Wall and Chamillionaire were making much noise in the streets by rapping on Watts' mixtapes, they, along with several other members of the Swishahouse, became frustrated with the lack of money they were receiving from the mixtapes. After fellow member Slim Thug left the label, Chamillionaire and Paul Wall followed and started their own mixtape group known as The Color Changin' Click. Each successive mixtape released by The Color Changin' Click led to more business opportunities; the most notable of which being a contract to do a full album for Paid in Full Records. A one album contract was then negotiated between the Color Changin' Click and Paid in Full's label head, DJ Madd Hatta from 97.9 The Box, and the CCC's first album, Get Ya Mind Correct, would go on to sell over 100,000 copies.

The sale of all these albums without the backing of a major deal caught the attention of several major labels wanting to sign Chamillionaire and Paul. Chamillionaire and his labelmates decided to remain independent, however, until the right deal came along. While working on his second album with the Color Changin' Click, Chamillionaire began to have creative differences with Paul Wall, so much so that it was decided that the two emcees should each release solo albums that would be packaged together. When Chamillionaire became dissatisfied with how things were being resolved, he left Paid in Full and his almost complete album after fulfilling his contractual obligations to focus on promoting his mixtape label Chamillitary instead. As a kid, Chamillionaire was a big fan of MANKind, also known as Big June.

This kid from Houston, Texas has some nerve. That's what came to mind as you watched an MTV special in early 2005 showcasing H-Town's commercial and artistic re-emergence on the rap scene. Following his brazen freestyle, the focused and much-heralded MC known as Chamillionaire faced a national audience and launched a swagger-filled proclamation on camera: "I'm the truth from Texas…" While such boasting may seem par-for-the-course in the prideful 25-year-plus history of hip-hop, the latter ambitious statement aptly describes Chamillionaire. It's the reason why he earned the lofty alias "The Mixtape Messiah," a title Cham was crowned after independently selling over 100,000 copies of the Get Ya Mind Correct album, and by selling thousands of his numerous mix tapes. It's why the former member of Houston's legendary mix-tape power Swisha House garnered coverage in such major hip-hop publications as Source and XXL without the backing of a major deal. When the Houston lyricist set off a major label bidding war to distribute his Chamillitary Records, it became abundantly clear throughout the 'hood and the music industry Chamillionaire is indeed the truth.

With his major-label debut The Sound Of Revenge set for release on Universal Records, Chamillionaire is poised to take his place among Houston's current hip-hop elite, including the new generation of rhyme-spitters such as Lil' Flip, Slim Thug, Mike Jones and Paul Wall, as well respected vets UGK and Scarface. "You call out a lot of rappers and ask them why they are the best and they are going to tell you everything but the music," Cham laughs. "They will tell you that they are the best because they have some nice rims, a chain, and a mansion." He then adds in a straight-no-chaser tone, "You've heard all the hype about Chamillionaire; that he's sick with the lyrics, sings hooks, and represents the streets and the clubs. But I just want to come as close as possible to living up to my reputation."

Chamillionaire recruits an impressive list of talent on his debut effort, including Lil' Flip, Bun B, Scarface, and Krayzie Bone, as well as in-demand producers Scott Storch (50 Cent), Mannie Fresh (Lil' Wayne, Baby, Juvenile) and Cool & Dre (The Game). But, it's his work with Atlanta studio kings The Beat Bullies (1Big Boi/OutKast) that sets the tone for much of The Sound Of Revenge's diverse platform. "They understand me," Cham says of the in-house producers. "There are a lot of producers that have dope beats, but they don't know me as an artist. being from Atlanta, can take it to the strip clubs, the streets and to the radio."

The name Chamillionaire represents the unique style that defines the talented urban artist, and his ability to change and adapt on the fly, forcing people to respect the true breadth of his talent. And just as this MC moniker exemplifies, Chamillionaire is anything but predictable and most certainly versatile. "Picture Perfect" featuring Bun B comes off as a lyrical nod to the classic 'hood swagger of UGK, while the Beat Bullies'-anchored "Radio Interruption" showcases Cham's prowess for walking the blurred line between street praise and mass appeal. The storytelling brilliance of "No Snitching" (Cool & Dre), finds Cham detailing the unwritten laws of 'hood politics. On the Scott Storch produced "Turn It Up," Cham tag-teams with freestyle king Lil' Flip as they spit over an infectious track that is Houston's answer to a summer club banger. And the soulful "Here Comes The Rain" finds Chamillionaire exploring the daily struggles of life with heartfelt lyricism and ghetto angst.

"It's a very personal song and the title says it all," Cham says of the revealing track. "In a person's life the rain symbolizes the struggles we all go through. Whether you are dealing with losing a loved one or your rent is due on the 1st, but it's the 3rd and you don't have it. I'm just talking about surviving the tough times."

Chamillionaire has definitely seen his share of struggles on his road to redemption. Born to a Muslim father and Christian mother, secular music was banned in his household. Chamillionaire was barely a teenager when he moved to a low-income neighborhood in the notorious North Side of Houston, following the separation of his parents. By the early '90s, however, rap rebels such as NWA, Public Enemy, as well as hometown heroes The Geto Boys, 8-Ball & MJG and UGK would inspire a young Hakeem to write his own rhymes.