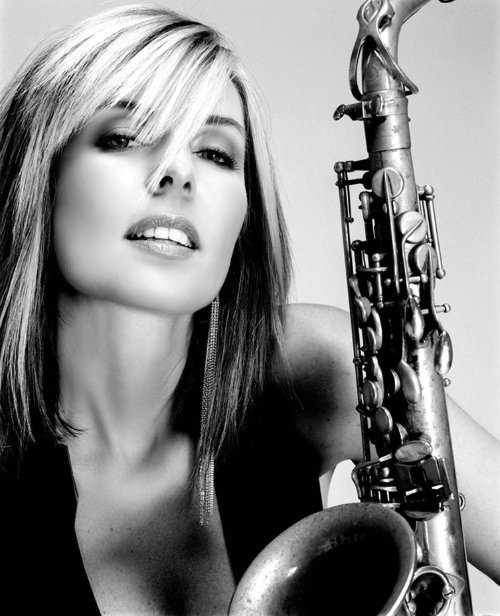 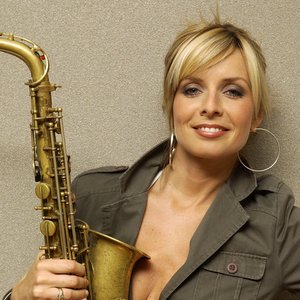 Candy Dulfer is an internationally famous Dutch musician who has performed all kinds of songs from pop to jazz to funk and more. A performer since age seven, a bandleader of Funky Stuff since age fourteen, an international recording artist since age nineteen, and a touring player across the world since age twenty, Dulfer's popular work has a huge, wide fan-base. She has recorded and / or performed with many artists including Prince, David A. Stewart of Eurythmics, Van Morrison, Maceo Parker, Sheila E., Mavis Staples, Lionel Richie, and Beyonce.

She's perhaps known for her single "Lily Was Here", a track that was her first collaboration with former Eurythmics member David A. Stewart. The 1989 song was a Number 1 hit all over Europe. Dulfer’s 1990 solo debut album, ‘Saxuality’, was recorded when she was only nineteen. It sold over a million copies worldwide and was nominated for a Grammy Award.

Pink Floyd, Chaka Khan, David Sanborn, Larry Graham, Marcus Miller, Aretha Franklin, Jimmy Cliff, George Duke, Blondie, Jools Holland, Jamie Cullum, Angie Stone, Tower of Power, The Time, Alan Parsons, Fred Wesley, Pee Wee Ellis, Joey DiFrancesco, Jonathan Butler, and many others have been involved with Dulfer during her long career, in addition to those previously mentioned. In 1999, Dulfer and David A. Stewart again worked together on the soundtrack of the Robert Altman motion picture ‘Cookie’s Fortune’, and in 2002 they toured Europe with his new project Da Univerzal Playaz, featuring reggae legend Jimmy Cliff. Her fourth album ‘For the love of you’ (1997) was a major hit in the USA and remained in the Billboard charts for over forty weeks. Her sales for her solo albums are now well over two and a half million CD’s worldwide.

With Prince she appeared in the ‘Partyman’ video, was featured on the ‘Graffiti Bridge’ soundtrack and performed with him on a special anniversary edition of ‘Saturday Night Live’. In 1998 and 2002 she toured with him again and appeared on his 3-CD live box set ‘One Nite Alone… Live!’ as well as his internet-only released album ‘Xpectation’.

In 2004 Candy Dulfer joined Prince for the massive Musicology Tour, playing over ninety shows in sell-out arenas across the USA to over 1.5 million excited fans. Prior to the Musicology Tour she performed with Prince and Beyoncé at the prestigious Grammy Awards and also performed with Prince at Jay Leno’s ‘Tonight Show’. She also featured prominently - with sax and vocals - on Prince’s hit album ‘Musicology’, including the smashing duet ‘Life ‘o’ the party’.

Candy Dulfer has been touring the world with her own band Funky Stuff since the early nineties. From the Roxy in L.A. and the illustrious Bottom Line in New York to the Blue Note clubs in Japan and the legendary Montreux Jazz Festival in Switzerland. She toured in Canada, USA, Asia, Scandinavia and the Baltic States, as well as performing in San Remo and Perugia, Italy, the Gurten Festival in Bern, Switzerland, the Nice Jazz and Vienne Festival in France, Couleur Locale in Brussels and of course the famous North Sea Jazz Festival in The Hague where Candy Dulfer sold out their biggest venue for over thirteen years.

In 2003 Candy Dulfer’s song ‘Finsbury Park, Café 67’ (from her solo album ‘Right in my Soul’) became a major smash at all the smooth jazz stations across the USA and in October the song reached the Number 1 position on the R&R Smooth Jazz chart - making it the most played smooth jazz song in the USA.

Her second live album ‘Live at Montreux’ was released in 2005 on DVD and CD as part of the prestigious selection of releases by Eagle Vision from the archives of the legendary Montreux Jazz Festival.

In 2006 Candy Dulfer performed as a special guest at the renowned Berks Jazz Fest in the USA, followed by more shows in the States in July together with Jason Miles (of Miles Davis fame) with a band that included Candy’s fellow Prince band members Rhonda Smith and Chance Howard. By popular demand she once again returned to the famous Blue Note clubs in Japan for an extensive tour in October.

In between two American tours and shows in Japan, Candy wowed European festival crowds in 2007 with ‘Candy & Friends’. Spectacular concerts featuring her musical friends from around the world, including special guest star Rosie Gaines (of Prince fame). Earlier in 2007 Candy performed with Sheila E. for a European tour with her all-female band C.O.E.D.

Candy’s latest studio album ‘Candy Store’ - her debut recording for her new label Heads Up International - was released in the summer of 2007. The fans’ excitement and many rave reviews propelled the album to #2 on the Billboard Jazz Contemporary Chart. In November, Candy once again hit #1 on the R&R Smooth Jazz Chart in the USA, with the single ‘L.A. Citylights’.

2007 also saw another longtime dream come true for Candy, with the start of her own television show ‘Candy Meets’ on Dutch primetime television - a series of six personal documentaries in which Candy visited some of her musical friends and heroes on location to discuss their careers and love for music. Guests included Dave Stewart, Maceo Parker, Mavis Staples, Sheila E. and her own father Hans Dulfer. The show concluded with a rare interview and impromptu performance with Van Morrison.

In 2008 she was awarded the Golden Harp for her outstanding contributions to music in the Netherlands. Due to popular demand she once again toured the USA and Japan, and also performed all over Europe and visited South Africa for the first time for a show at the famous Cape Town Jazz Festival. In between tours she is a regular co-host of the popular Dutch prime time television talk show ‘De Wereld Draait Door’.

In September she joined superstar Lionel Richie on stage for four nights at the ‘Symphonica in Rosso’ spectacle at the Gelredome Stadium in Arnhem, The Netherlands.

‘Funked Up & Chilled Out’ was released worldwide in 2009. To promote it she travelled around the world, together with her band, for a string of sold-out shows. For the first time in her career she performed in Moscow. Due to popular demand she returned to Russia in the fall for more shows. In May she performed an extensive tour of the USA, while she spend the summer months playing the larger stages of the most famous jazz festivals in Europe, such as the North Sea Jazz Festival in Holland, Nisville in Serbia and the Veszprem Jazzfest in Hungary.

After performing a string of shows in early 2010 with Maceo Parker at the Blue Note club in Tokyo, Japan, she returned to the Dutch club stages in March and April 2010 for a tour with her band. During the summer she performed shows in Korea, Denmark and Tunisia for the first time in her career, while also returning to Russia and Japan for more shows due to popular demand.

She finished 2010 with a five-week tour across the USA as a special guest of fellow saxophonist Dave Koz for his renowned Smooth Jazz Christmas Tour, and kicked off 2011 with shows during the Smooth Jazz Cruise in the Caribbean.

After the worldwide release of her new album ‘Crazy’ Candy will perform with her band in the USA and - for the first time in her career - in South America. After that she’ll once again join Dave Koz for his annual Smooth Jazz Christmas Tour where they’ll be performing dozens of shows across the USA in November and December. In early 2012 she’ll be Special Events Host on the Smooth Jazz Cruise together with jazz legends such as David Sanborn and Marcus Miller. For later in 2012 tours are planned in Japan, Russia and across Europe.