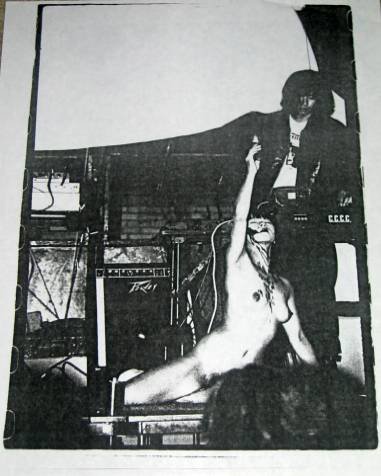 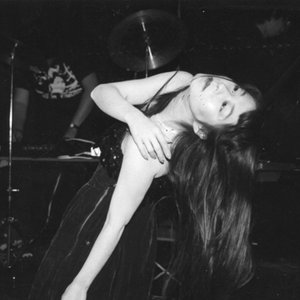 C.C.C.C. (a.k.a. Cosmic Coincidence Control Center) was a noise band from Japan, alongside such bands as Merzbow and Incapacitants.
The core line up of this noise music band consisted of Hiroshi Hasegawa (長谷川洋) (also of the bands Astro & Mortal Vision) and former bondage-porn star Mayuko Hino. Hino would occasionally, during live shows, reprise this element of her past into her performances by engaging in such acts as onstage striptease. Another notorious feature of their live shows was the throwing of plastic bags of urine into the audience. Other members were occasionally and variably brought in for work on singular albums, but had no permanent membership in the band.
Aesthetically, the band - and Mayuko Hino in particular - advocated a very emotive and cathartic approach to noise music as opposed the conceptual and intellectual approaches advocated by many European noise musicians, most notably within the "power electronics" subgenre. Mayuko Hino believes that an emotional, rather than an intellectual, approach to noise not only creates more interesting sounds, but reveals much about the personality of the noisemaker.
Sonically, C.C.C.C.'s early releases were much quieter and less distorted than most other Japanoise releases of that time due to live, analogue nature of the recordings. Later releases, such as "Rocket Shrine" and "Love and Noise", however, took the psychedelic ambiance and oddball sounds of early C.C.C.C., but amplified the volume and distortion levels to easily be as loud, and harsh as other Japanese noise bands, if not more so. The band's later releases rank among the more sonically diverse of noise music albums, exploring an incredible variety of sonic dissonances, while still maintaining a consistently ear-splitting loudness.
By the end of 90s, the band had stopped performing and recording. Hiroshi Hasegawa has moved on, by all appearances, to doing experimental ambiance, this time under the name Astro. In 1995, Mayuko Hino released an album called "Chaos of the Night", which also starred Monte Cazazza of "Industrial Records" fame.
While C.C.C.C. recorded no new material during the 00s and releases during that time only contained material recorded in the 90s, the project was resurrected in 2010 with the lineup of Hiroshi Hasegawa, Manuel Knapp and ROHCO.
Discography: