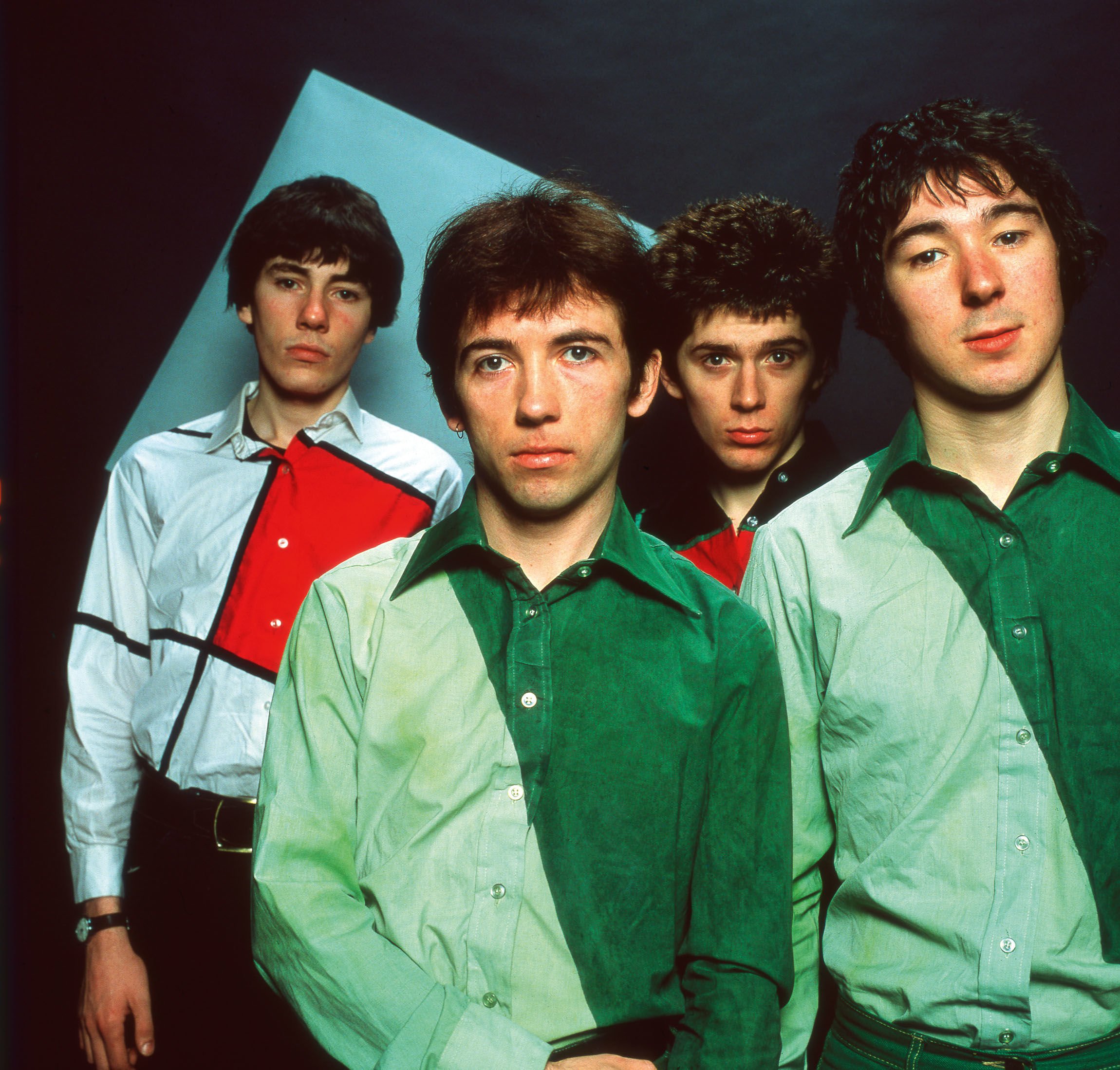 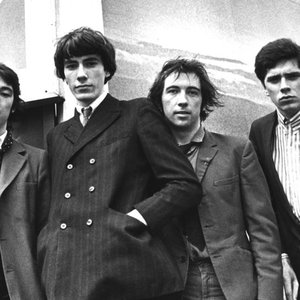 Buzzcocks are an English punk rock band formed in Bolton, Greater Manchester, UK in 1976, led by singer-songwriter and guitarist Pete Shelley (1955 – 2018) for nearly their entire existence.

They are commonly regarded as an important influence on the Manchester music scene, the independent record label movement and the punk rock, power pop, pop punk and indie rock genres in general. They are primarily remembered for their singles, a string of would-be hits that combined a strong grasp of pop song craftsmanship with rapid-fire punk energy. These singles were collected on Singles Going Steady, described by critic Ned Raggett as a "punk masterpiece" The widely covered "Ever Fallen in Love?" remains one of their best-known songs.

The name "Buzzcocks" partially comes from the Manchester slang term cock meaning youngster, and its use in the 1970s ITV drama serial Rock Follies which included the catch phrases "that's the buzz, cocks" and "give me a buzz, cock!"

Buzzcocks were one of the key first generation British punk rock bands to form in the wake of the Sex Pistols in 1976. They were founded by Mancunians Pete Shelley and Howard Devoto, however Devoto left soon after the group released their Spiral Scratch EP (on their own independent label), leaving Shelley to take over vocals.

They are best known for their catchy, poppy punk sound, which has been widely influential, which was adopted as Peter Shelley took over on the vocals, singing about what the whole punk rock scene opted not to sing about: love. Devoto in the meanwhile formed Magazine.

They rehearsed in a friend's kitchen and played at the all-day 100 club punk "festival", in London. At the end of 1977 the band signed to United Artists and released "Orgasm Addict", with Shelley's high-pitched vocal delivery and Ramones-esque fuzz-guitar sound ensuring the controversial single would be played over again. Later came "What Do I Get?" which hit the UK charts and showed Shelley's brilliance in songwriting.

An LP was then released, Another Music in a Different Kitchen which came with its own carrier bag, labelled "Product". In 1978-79 five chart-hitting singles were released including "Ever Fallen in Love?" and had captured a pop-loving audience by this time. Love Bites, their second LP was released later on, which had less excitement than the last album, though it did sell well, with Steve Diggle taking over lyric-writing.

October 1979 saw A Different Kind of Tension which was panned by some critics, quite unfairly, as it contains some excellent songs, the title track being the stand-out. It perhaps suffered from being the second album to be released that year, with the record company keen to capitalise on the band's chart success at the time.

3 more singles followed in 1980, but the spark had clearly gone out for a while. Musical differences and the long slog behind them led to the band splitting in early 1981. Pete Shelley embarked in a solo career..

He released three dance/electronic influenced solo albums: Homosapien, XL1 and Heaven and The Sea - all with the same fine songwriting skills. Meanwhile, Steve Diggle formed Flag of Convenience - a power pop combo - and toured with some success.

A 5 album/CD set was released in 1989 called Product, which contained all the albums to date, plus the greatest hits and B sides album, Singles Going Steady, and the last non-album singles, Why She's A Girl From the Chainstore, Airwaves Dream and Running Free, plus the B sides

In 1992 the Buzzcocks reformed, without original drummer John Maher and bassist Steve Garvey, and releasd Trade Test Transmissions in 1993, quite different from their earlier material, with nods to the power pop scene popular at the time. All Set in 1996 saw a return to form with familiar riffs and pin sharp lyrics pop-punk. Next year Chronology was released, the missing album, including outtakes from the three United Artists albums. In 1999 they released Modern, which saw Shelley in reflective mode and Steve Diggle taking over more of the vocal duties.

Then followed another brief break in 2000, with Shelley teaming up with old band-mate Howard Devoto to release a largely disappointing album, Buzzkunst. Compilations followed, including Inventory in 2003, which contained every single to date, and 30 in 2005 to celebrate 30 years performing

2005 saw the Buzzcocks back touring and in 2007 they released the superb Flat Pack Philosophy, widely agreed to rank up with the best of Buzzcocks output

2008/9 saw a short tour where the band played tracks from Another Music and Love Bites.

In August 2011 they headlined the first night of The Rhythm Festival in Bedfordshire.

In November 2011 it was announced they would be playing two shows in 2012 that would feature the original line-up as well as the classic line-up of the band reunited for the first time in many years; these shows took place on 25 May 2012 in Manchester at the O2 Apollo and on 26 May in Brixton at the O2 Academy. It was announced on 26 May 2012 that, for the first time, they would headline Thursday night in the Empress Ballroom at the Rebellion Festival in Blackpool sharing the stage with the likes of Rancid, Public Image Limited and Social Distortion.

In 2016, the band embarked on their 40th-anniversary tour (dubbed "Buzzcocks 40"). In 2017, "Why Can't I Touch It" was featured in the opening segment of the Telltale game 'Guardians of the Galaxy.

Buzzcocks continue to be a huge influence on many bands and are still enjoyed by a large, and very loyal, fanbase.