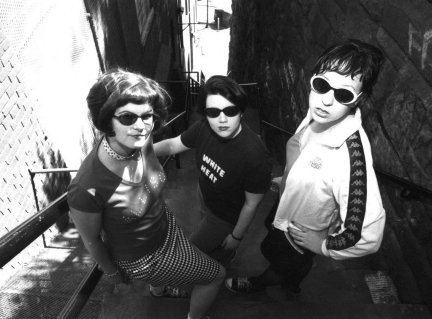 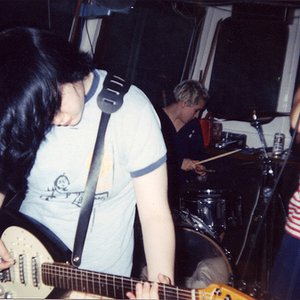 Bratmobile was an American punk band. Growing from the rich Northwest and Washington, DC underground and influenced by indie pop in the United States as well as Britpop, girl groups, grunge, and punk rock, Bratmobile was a first-generation Riot Grrrl band. Formed when University of Oregon students Allison Wolfe and Molly Neuman collaborated on an influential feminist fanzine, Girl Germs, Bratmobile played its first show as a two-woman act at Olympia's North Shore Surf Club on Valentine's Day, 1991 with Molly and Allison sharing duties on guitar, drums, and vocals. During spring break 1991, Allison and Molly went to Washington, DC to follow Beat Happening and Nation Of Ulysses on tour and try to work on a new form of Bratmobile. Beat Happening's Calvin Johnson had previously introduced Molly to nascent guitarist Erin Smith from Bethesda, Maryland during the Christmas holiday in December, 1990 at a Nation Of Ulysses show in Washington, DC. Smith was co-author, with her brother, of the much-revered TV pop culture fanzine Teenage Gang Debs when Allison and Molly asked her to jam with them. It clicked, and in July 1991 the trio played their first show as a 3-piece with Molly Neuman on drums, Erin Smith on guitar, and Allison Wolfe on vocals. While in D.C. the band was briefly joined by Christina Billotte ( of Autoclave and Slant 6) and Jen Smith ( of The Quails). This line -up released a very limited-issue cassette called Bratmobile D.C., but Jen and Christina stayed behind when the group returned to Olympia. They were just in time to play at the historic International Pop Underground Convention in Olympia, Washington, becoming the only band to appear twice.

From their first shows, Bratmobile was considered an exciting and important addition to the fertile early '90s NorthWest scene. From 1991 to 1994 Bratmobile released a classic album, Pottymouth, and an EP, The Real Janelle, on Kill Rock Stars, as well as The Peel Session recording before the intense media scrutiny and inner pressures of the Riot Grrl movement hastened the band's breakup (on stage, no less) in 1994.

For five years, the Brats honed their skills in other bands and developed their lives with other pursuits. Neuman moved to the San Francisco Bay Area and began working at East Bay punk record label Lookout! Records, for which she now acts as general manager and co-owns. She also played in The PeeChees and The Frumpies and continued to perfect her stylish, powerful drumming; Allison Wolfe moved to Washington, DC, and she and Maryland-based Erin Smith started a new band together called Cold Cold Hearts. Allison's feminism and activism found many significant outlets and Erin's guitar playing grew more accomplished and technical while always staying true to her minimalist pop leanings. Then in 1999, the three women decided to reunite for a low-key show in Oakland's Stork Club. The chemistry was right, and the band was relaunched to go on tour with Sleater-Kinney.

In 2000, Bratmobile released their second full length studio album, Ladies, Women and Girls, to an audience who had never forgotten them and never found a replacement for their poppy, sassy, smart, bratty, sexy punk. The album delighted critics and earned Bratmobile new fans as they toured with Sleater-Kinney, The Donnas, The Locust, and more. Ladies, Women and Girls was released on Neuman's Lookout! Records and produced by Tim Green of Nation of Ulysses and The Fucking Champs. Jon Nikki (Prima Donnas, Gene Defcon, Sarah Dougher) added guitar, bass and keyboard parts to flesh out the famously minimal Brat sound.

After dedicating most of 2002 and 2003 to promoting Girls Get Busy via touring, each of the principal members went back to do other things. While the band didn't formally break up Allison Wolfe did post this message on January 30th, 2004 in the Bratmobile message board concerning the status of the band: "Yeah, sorry to say i think Bratmobile is through. We never had a certain incident where anyone said "I quit" or whatever, so it's been vague and drawn out. Sorry if that's been confusing to people. I think all 3 of us just have different ways of doing things and different things we want to do now, in and outside of music. Molly has just been so busy with managing the Donnas and the Locust, and as co-owner of Lookout! Records. Erin is also working full time at Lookout! Records. I've been living across the country in Washington DC, working 2 part-time jobs, and now doing other musical things. I'm now in Hawnay Troof, Baby Truth, and also a new girl band in DC called Partyline."