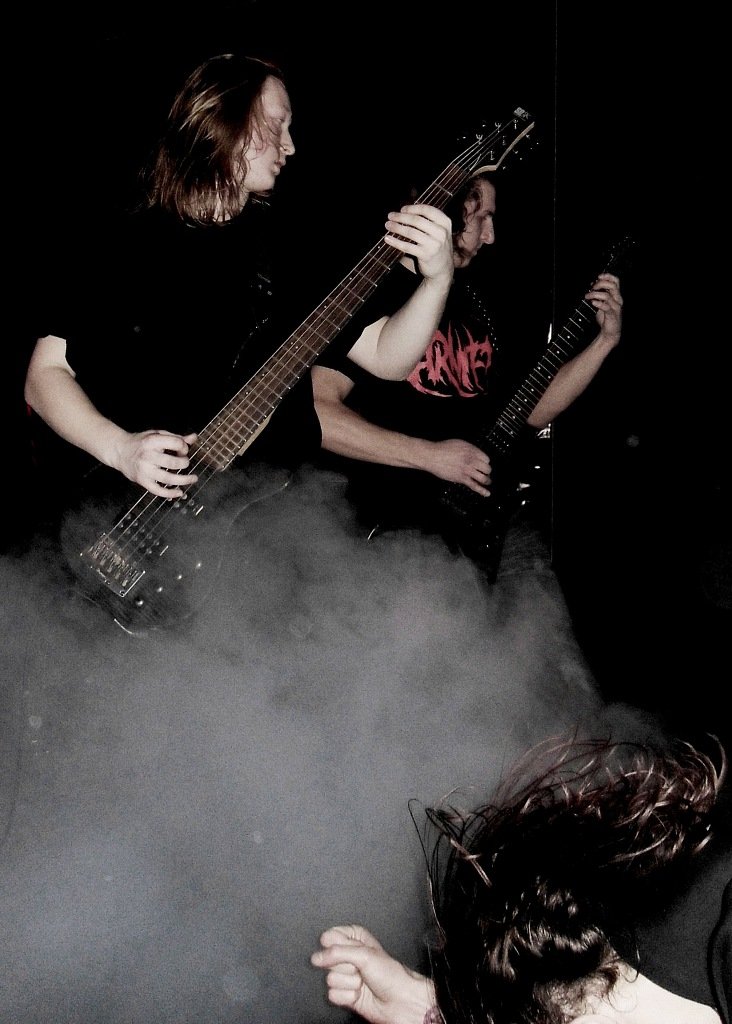 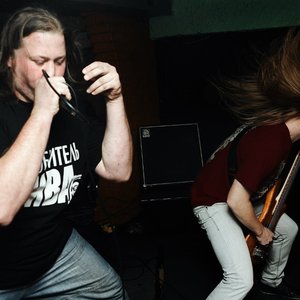 Brutal Death\grind From Ukraine
The Band was founded in September 2008 by a guitarist Mikhail Demoniac and a vocalist Denis Necrocannibal,Who had played before in Death/Grind band called Crash Syndrom. After a while a Drummer Alexander SiLeNCE and a bassist Yaroslav Deatholator joined to the band, playing together with Mikhail "Demoniac" Melodic Death Metal band called WillPower.
In relation to the stilistic the band did not stay in hard scopes itself, as a result the material was written with the elements of different styles of Death Metal(from old school to Slammind and Texas Brutal Death metal), and also Goregrind.
Three months work of the band is the program consisting of the six songs and two covers . At the beginning of January 2009 the second guitarist Vladimir "Lubricator" joined to the band.
After the first rehearsal with disagreements Mikhail "Demoniac" and Yaroslav "Deatholator" left the band, at once after their leaving a guitarist Yaroslav Anapupa joined the band.
The search of a bassist went, a bassguitarist of modern metal command Die Another Day Nikita "StAk" became the member of the band. A few rehearsals later thecollective was abandoned by a drummer Alexander "SiLeNcE",who decided to try himself in "other music"… Small changes happened further - Yaroslav "Anapupa" from problems with an instrument became on bass, and Nikita "" - on a guitar.The rehearsals passed under the drummachine.At the end of March 2009 there was a suggestion to take part in a concert on 23.04.09 in Dnepropetrovsk Alt-cafe with the collectives - Vomigod, ABNORMYNDEFFECT, SORGHUM and SINNER BLEEDS.