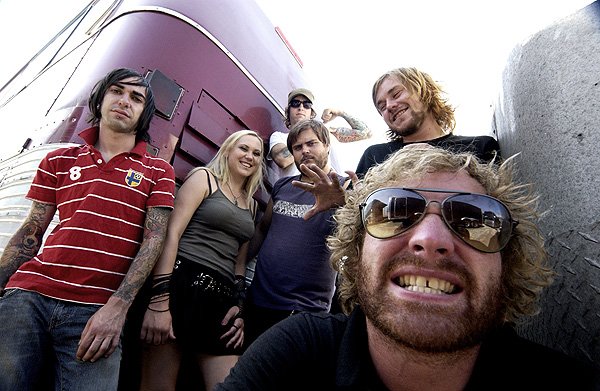 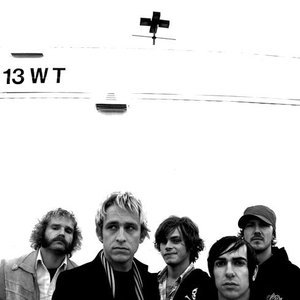 Boys Night Out of Burlington, Ontario officially formed in 2001 when lead vocalist Connor Lovat-Fraser and current guitarist Jeff Davis began collaborating on songs. Their work eventually led to a four-song demo known as You Are My Canvas. The release was followed by a signing to One Day Savior Records and the release of their debut EP, Broken Bones & Bloody Kisses.

Interest in the band was immediate and a short while later they signed to New Jersey based Ferret Records. Their debut full-length, 2003's Make Yourself Sick, was to the shock of some fans much lighter and punk-pop-oriented, but with the same heavy screaming and guitars found on earlier releases. It was shortly after this when drummer Ben Arseneau parted with the band and was replaced by former Fordirelifesake guitarist Brian Southall.

The band's next effort came in the form of 2005's Trainwreck. This release was a somewhat more subdued, experimental concept record based on a man's loss of sanity. It was in this same album where the boys made a brave move by introducing Kara Dupuy, who brought with her not only a fresh, new synth to their sound but female vocals as well. But all good things have to end and after only a short stint with the band they parted ways.

Trainwreck tells the story of a man who murders his wife, with whom he is deeply in love with, all while under the influence of deeply troubling dreams. Upon waking from these dreams, he realizes what he's done and slips into a catatonic state. The remainder of the album follows the man from his release from a psych ward, through his obsession with a song heard only by him. He belives the song influences himself to kill more, so he cuts off both his own hands, to never kill again. The eventual conclusion of the story where he dies from a overdose and a infection from the rusty machine used to cut his hands off. Trainwreck is a tribute to the versatility of Boys Night Out. Their style has evolved and matured, but the components that are explicitly BNO remain in their music.

In early 2006, Kara Dupuy (vocals and synthesizer/keyboard) left Boys Night Out due to her engagement. She has not currently been replaced. Later that year, Andy Lewis, formerly of The Fullblast, joined Boys Night Out on guitar, and Ben Arseneau, the original drummer in the band, re-joined after Brian Southall left to join The Receiving End of Sirens.

Top Tracks
1) Medicating
2) Composing
3) Dreaming
4) I Got Punched in the Nose for Sticking My Face in Other People's Business
5) Purging
6) Waking
7) Hold On Tightly, Let Go Lightly
8) Relapsing
9) (Just Once) Let's Do Something Different
10) Sentencing
11) It's Dylan, You Know The Drill
12) Healing
13) Recovering
14) Disintegrating
15) I Was The Devil For One Afternoon
16) Get Your Head Straight
17) The First Time It Shouldn't Taste Like Blood
18) The Fine Art Of Making It Out Alive
19) Introducing
20) Yeah, No... I Know...
21) The Anatomy of the Journey
22) The Subtleties That Make Mass Murderers Out Of Otherwise Decent Human Beings
23) Dying
24) Swift And Unforgiving
25) Up With Me