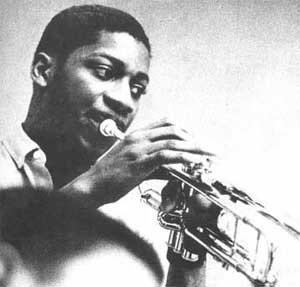 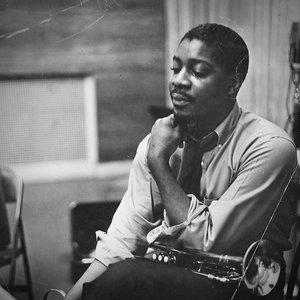 Booker Little, Jr. (April 2, 1938 – October 5, 1961) was an American jazz trumpeter and composer. He appeared on a number of recordings, both as side-man and as leader. Little was closely associated with Max Roach, but also performed with John Coltrane and Eric Dolphy and was strongly influenced by Sonny Rollins and Clifford Brown. He died at age 23.

Little was born in Memphis, Tennessee. He was the fourth child of Booker, a Pullman porter (who was also a trombonist) and his wife, Ophelia (who played piano). Little graduated from Manassas High School. He studied trumpet at the Chicago Conservatory with Joseph Summerhill from 1956 to 1958 and it was during this time that he worked with leading local musicians such as Johnny Griffin. Later, after moving to New York, while he lived with Sonny Rollins, Little became associated with drummer Max Roach and multi-instrumentalist Eric Dolphy, recording with them both as a sideman and a leader.

With Dolphy, he co-led a residency at the Five Spot club in New York in June 1961, from which three albums were eventually issued by Prestige Records. It was during this stint that he began to show promise of expanding the expressive range of the "vernacular" bebop idiom started by Clifford Brown, his most obvious influence as a performer. He also appeared on Dolphy's album Far Cry (New Jazz 8270), recorded December 21, 1960.

Little died of complications resulting from uremia on October 5, 1961, in New York City, New York. He was survived by his wife, two sons (Booker T. III, and Larry Cornelius), and 2 daughters (Larue Cornelia) and Ana Dorsey.

As sideman
With Max Roach

Slide Hampton and His Horn of Plenty (Strand, 1959)